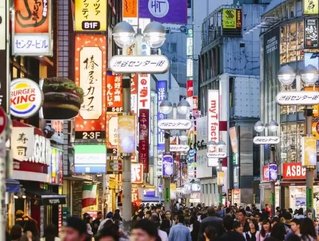 Tokyo Marine, Nichido Fire Insurance, GlobalBrand and Hiroshima Bank will collaborate on a ‘one stop’ service to allow smaller Japanese businesses to sell products in the US market.

Popular Japanese goods such as tea, sake, knives, ceramics, small electronic devices and specialty foodstuffs will be sold to US consumers via Amazon.com, according to a report by the Nikkei Asian Review.

By 2022, US spending on Japanese-made products via cross-border e-commerce is expected to reach almost US$11bn, up 70% from 2017. By comparison, Japan’s Ministry of Economy, Trade and Industry found that domestic consumer spending fell by 0.4% in 2018. As a result, small businesses which have previously lacked a means to distribute to the United States, are expected to enthusiastically take advantage of the new service.

According to the Nikkei Times, GlobalBrand will handle the goods’ collection, transportation and delivery to Amazon warehouses in the US. Tokyo Marine has taken responsibility for the insurance of the goods in transit, offering dramatic reductions in insurance premiums as part of the service. Hiroshima bank is undergoing initiatives to encourage small Japanese businesses to export their wares overseas.

In 2017, according to the Office of the United States Trade Representative, Japan was the United States' 4th largest supplier of goods imports. The top import categories in 2017 were: vehicles ($51bn), machinery ($31bn), electrical machinery ($17bn), optical and medical instruments ($6.7bn), and aircraft ($4bn).