Integrating Social Media into Your Business 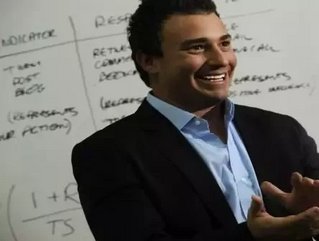 Though risks are inevitable, the rewards of harnessing social media can be boundless. Australian business owners have to get onboard with social media and make it a major proponent of their marketing plans to capitalize on the unlimited benefits it can provide.

How do you think social media is changing the landscape of Australian business?

It’s not changing. It has already changed. Our means of communication has evolved beyond traditional methods. Now we can talk, ask, or find anyone in the world at any time. Commercial entities within Australia are already harnessing the opportunities presented by social media. There are over 2 billion consumers engaged within the social networks asking each other where they should spend their money. If a business isn’t part of that conversation, they might as well not exist.

Are there any risks involved in using social media?

As with any marketing, there are always risks. Just like TV, radio, newspapers, billboards – one slip-up and your credibility hangs in the balance. The trick with social media is that you have to mother your potential customers, listen to their concerns and respond with their best interest in mind. Worst-case scenario is going into crisis-management mode, just like BP did with their oil spill, but no risk is bigger than non-involvement. You can choose not to take part in social media, but you cannot silence the sentiment of online consumers, whatever way that swings.

Do you believe that businesses and organizations are fully harnessing the capabilities of social media?

We’re seeing positive growth of social media uptake in Australia, but Australia is far behind the rest of the world when it comes to commercializing their online presence. It’s not just about having a Facebook Page, a Twitter account and a Blog – you have to own it. The minute you lose your frequency, you lose your customers. Social media is about commitment, and I do believe getting Australian businesses to view social media as an integral part of the food chain is still far off the mainstream horizon.

Are there aspects of social media that we haven’t even grasped yet?

It’s definitely the cult-like, niche environments that Australian businesses aren’t using. Everyone’s heard of Facebook, Twitter and YouTube, but not too many are interested in viral methods like Digg, Delicious and StumbleUpon, or geolocation-based platforms like FourSquare, Facebook Places and Gowalla. In Japan, they’re using QR codes everywhere, and communicating with the public in more interactive ways. These are the things that are still left for Australian businesses to grasp.

What does the future hold for social media? If it’s not something that will disappear, will it plateau?

Social media will never disappear. The platforms we know and love might merge, be replaced, or evolve, but they’re here to stay. The power of communicating socially is something to take seriously. Nearly 75 percent of global newspapers are experiencing a decline in revenue, Yellow Pages are getting thinner, Blockbuster is bankrupt – and all point the finger at Social media. The trick is not to view social media as a necessary evil, but to hold it in the same regard as a mobile phone. Where would you be without yours?

What is the importance of social media for a small, medium or large business?

It is absolutely crucial. There is no other way to engage, interact and generate business faster, with a qualified group of consumers, than social media. If a company is spending $1 million per year on traditional marketing, and you took just 5 percent of that for social media use, you would eclipse your traditional marketing exposure within a few months.

Tomer Garzberg is the director of Strongman Digital Media. He has presented in front of groups of over 1000 CEO's, to small, intimate groups of under 15 business owners, at Corporate, Government, and Non-Profit Organizations, covering a gamut of industries from Mining, Tourism, Retail, and others from the Private and Public Sector.