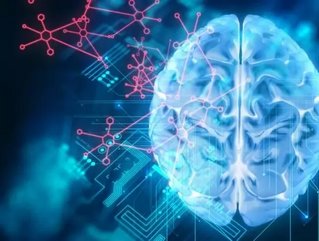 China is seeing large amounts of investment in AI by venture capitalists and entrepreneurs, according to William Bao Bean’s comments at the Singapore Week of Innovation and Technology.

Bao Bean is a venture capitalist who was involved in the formulation of Softbank, an early stage venture capital firm. He is currently a General Partner at SOSC and managing director of Chinaaccelerator.

This week he has not only spoken at a panel at the Innovation and Tech week but is speaking this week at Creative3, a conference in Brisbane, Australia.

Chinese companies used the internet revolution to design new products and services which dealt with social issues – such as pollution – and it is now felt a similar level of innovation is taking place in new technologies such as AI.

Goldman Sachs: China's AI technology not far behind US

In a country such as China, these technology revolutions must happen in this way, says Bao Bean. He feels China is “like the US, where, in order to make an impact, you have to have a revolution in tech. So, you’re seeing a lot more money going in to AI.” He commented that investment over the past 15 years has been high in “companies that solve basic problems.”

Indeed, KPMG reported this year that China was seeing a record high in venture capital investments.

China’s State Council also issued guidelines this year for the development of AI, expressing its foal to become a centre for innovation in AI by 2030.

Goldman Sachs has cited Asian internet companies Baidu, Alibaba and Tencent as key players in AI development. Bao Bean commented that “unless you ally yourself with one big player, no one will ever see your product.”

He also offered the following advice for US companies seeking to exploit the huge Chinese market: “If you want to come to China… you have to understand what is your unfair advantage in coming out and do you solve a problem for that local market… because your product, general, from the US is not going to work very well in China… it needs to be changed.”