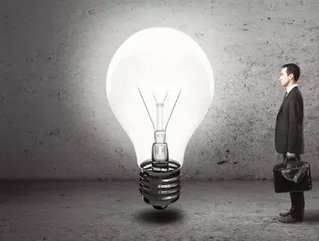 This story originally appeared here in the March of Business Review Australia magazine.

Ask any social media manager about return on investment (ROI) and you’ll get the same frustrated sigh.  Not this again. Yes, this. Again.

In the early days of television advertising it was very simple to calculate ROI. You looked at sales before TV ads and after TV ads. Simple. Beef up the advertising and you beef up the sales. It was all very cut and dry.

Then along came the billboards, magazines, bumper stickers, radio spots, telemarketing, yellow page ads, press releases, direct mail, email, etc.: a truly mind-boggling plethora of options. For a brief period in the nineties, people were renting out advertising space on their foreheads.  Oi.

Return on investment got tricky. Larger corporations running multiple campaigns through multiple channels came to rely on performance indicators rather than actual results.  No such exception is afforded for social media. Businesses want to know. What’s more, they want to know before they make the investment.

Ben Howden, former social media manager at Suncorp and co-creator of Miibrand, knows something about large corporations and fear of moving into the social space. Like many industries, the insurance industry felt that it was somehow exempt from the social media revolution. Suncorp was as late getting on board as its competitors.

“Budget was always an issue,” said Howden. “Because it’s online and everything is trackable, there is a perception that you should be able to pinpoint exactly where sales are coming from.” They wanted to know exactly the kind of investment they could expect from each channel. ROI was extremely important.

There are two schools of thought when comes to measuring ROI on a social campaign. Some claim it is a futile endeavour (not true) while others believe it to be a no-brainer (also not true). The truth is somewhere in between.

One reason for the controversy is that some aspects of ROI are immeasurable and yet vitally important. “Existing client retention is a good example,” says Luke Faccini, CEO of social media marketing firm ThinkSocial. “The reason people leave a business is because of mediocre service or disinterest. If you build a community with your client base by communicating and keeping them engaged, they are unlikely to leave. People underestimate the value of that.”

As Howden underlined, “There is no silver bullet to measuring [ROI]. It’s really about looking at the metrics we use to demonstrate the value of social media.” And yet, talk about “fans” and “followers” to any upper level management in a large corporation and watch the room empty out.

It’s important to understand that value isn’t just about numbers. Being a part of the conversation is one of the most understated reasons for getting social sooner rather than later.  Long before Suncorp took to the stage on Facebook and Twitter, their clients were talking about them, sometimes in a nice way and other times in a not very nice way.

Those conversations happen publicly whether you’re active in social media or not. That’s worth stating twice. For a larger-sized business, it’s a much greater risk not to join the conversation. Each negative conversation is an opportunity to turn that into a positive.

For this reason AAMI took a different approach. They looked at the conversations that were already happening and using that as a jumping off point. “We were able to identify how many conversations were happening, where and, more importantly, what were the key themes that were coming out,” Howden said.

Since premium customer service is one of AAMI’s core value propositions, it only made sense to carry over that proposition to social media. Thus, servicing customers became the foundation of their social media strategy.

On the other hand, one of their smaller brands, Just Car, was too little and too unknown for any significant conversation to be happening without their direct involvement. Thus the approach was simply to build a community and by extension build brand awareness.

Again Howden stated, “The key challenge was getting them to invest.” Interestingly, Just Car’s traditional marketing efforts had proved highly ineffective. Because Just Car was targeting a very niche market - young drivers with high-performance cars - television spots were mostly money down the drain.  They were spending big money advertising to people who had no interest in their product.

Social media was a natural choice for Just Car. On social networks it becomes much easier to zero in on the right audience and reach a huge number of potential buyers at a very low cost.  And yet, the ROI question persisted.

“It’s fear of the unknown,” says Faccini. “They don’t know so they’re scared and they want someone who can say, ‘for every dollar you spend, you’ll get two back.’ They want someone to eliminate the risk.”

Measuring ROI is not impossible. Anyone who says so is not doing their job.  It’s just a little bit trickier. While it may be simple to calculate the number of people with whom you are engaging, the value of that engagement can vary and is thus difficult to quantify. Some firms are looking at indicators like sentiment index or sentiment rating. In other words, how do people feel about your brand?

Unfortunately, feelings are difficult to put a dollar value on. The standard of measuring ROI is much higher with digital marketing, perhaps because it is still perceived as new and untested. There is an expectation that because you can track everything you should be able to produce results that can be catalogues on a nice tidy spreadsheet.

That said, we shouldn’t underestimate the importance of how people feel. Numbers lie. Twitter followers can be bought like anything else. Those paid-for followers won’t retweet your brand message to their followers. They won’t rave about your company blog to their friends and buy every product your company makes because they just love your style.

ROI is important, essential, and possible to calculate. But it’s not the only thing.

Amy is a ThinkSocializer at ThinkSocial, a social media marketing firm in Sydney, Australia. She manages social media and blogging for medium-sized businesses around the world.