Australia&#039;s iconic surf brands on the wave to recovery 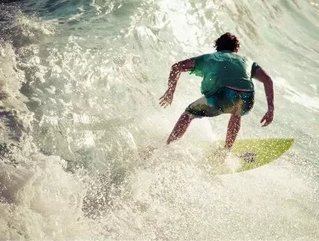 Read this article in the November issue of Business Review Australia

Australia’s top three surf companies – Billabong, Rip Curl and Quicksilver - have had a tough time of late; battling financial uncertainty and a crash in demand for their products.

Billabong, one of the country’s most iconic brands announced in early October that it has reached a $386 million refinancing agreement with US consortium Centerbridge-Oaktree Capital Management, who acquired a 40 percent stake in the business. Billabong posted a $859 million loss last financial year and hopes are that the acquisition will - for now at least - secure the short-term life of the brand while it finds its footing again.

The public surf company Quicksilver has also been suffering financially, reporting declining sales. Its third quarter earnings make for miserable reading having declined by 84 percent. And privately owned Rip Curl is not faring much better, with analysts describing the brand in a state of ‘profit free fall’.

During the 1990s and the 2000s all three brands were ‘off the hook’ in terms of market presence, popularity, and profitability. Each was aggressively pursuing international expansion and you couldn’t attend a surf event anywhere in the world without seeing their logos on every banner, surfboard, or item of clothing. So what went so catastrophically wrong for the brands who, less than 10 years ago were leading the pack when it came to symbolizing surfing’s laid-back lifestyle.

Each brand seems to have lost touch with its target audience owing to a pursuit of global commercialization. Its like with any subcultural trend, once it becomes mainstream the subculture will find something else to support or wear. Writing for theconversation.com, Andrew Warren noted that “as the big three surf brands grew so did a disconnect between global commercial ambitions on one hand, and maintaining local subcultural credibility on the other hand.

“Ironically commercial success has been the source of their troubles,” he says.

So how are the big three going to increase their market presence, while regaining their subcultural credibility?

Reconnecting with the ‘core’

The only option for Billabong, Quicksilver and Rip Curl now is to reconnect with the markets that became their springboard to success - the Australian and Californian locals. In the 1970s the popularity of the beach and surf culture soared – the founders of the brands were part of the surfing movement and because of that the brands’ achieved strong credibility within the community.

However, acquisitions of brands such as DC Shoes, Element and Nixon Watches made the brands more accessible to a wider audience; Billabong alone bought some 600 retail spaces around the globe, and suddenly everyone was sporting surf inspired fashion. The exclusivity was lost and the locals opted for something more low-key.

Finally the big three have recognised this and have realigned their marketing strategies to reconnect with the ‘core’. For example you can now order custom designed clothing from Quicksilver and Rip Curl has been promoting the ‘authentic’ nature of its surf products by highlighting its roots in custom surfboard manufacturing. By focusing on designs relevant to the core subculture, the brands are hoping to regain their ‘cool’.

It’s unlikely that these brands are going to vanish from the face of the earth; they have strong foundations and a loyal following of fans that respect the fact they grew out of a close-knit culture. They may have turned their backs on the brands for now, but as soon as they begin to give back to the community support will come flooding back.

This should come as a warning though to other clothing brands, particularly the likes of Hollister in the US and Jack Wills in the UK who have built their brands around a culture and a lifestyle. By pursuing global success you can forget your roots and ultimately your popularity will become your downfall.

There are a number of brands now that have recognised this trend and who are consequently avoiding wide spread advertising or product placement in large chain stores. They are instead opting to advertise in specialist, local publications and will only sell their products in independent retail outlets or online. Brands like Asenne and Swami’s have done this to great effect.

Finding the balance is difficult and many brands have fallen down at this hurdle. This example also serves as a reminder that doing business in retail can be volatile and risky and you need a strong marketing strategy in place to overcome challenges. For Billabong, Quicksilver and Rip Curl the challenge is to remain profitable while maintaining subcultural credibility.