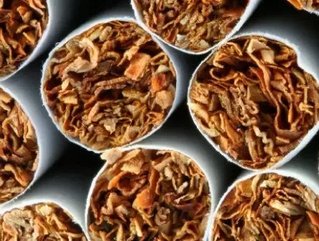 Giant tobacco firms call it creative marketing but Health Minister Tanya Plibersek was not impressed at all with the latest ploy of cigarette manufacturers to circumvent Australia's plain packaging laws, set to take full effect December 2012.

Plibersek has spoken about her frustration in particular with Imperial Tobacco, which decided to enforce the new regulation early, but with a twist.

The company rolled out new packaging for its Peter Stuyvesant brand, in which the old label appears being ripped off to make way for a dull and plain cigarette packet as required by the new federal laws, which will be rolled out gradually up to 1 October 2012.

Along with the re-packed product, Imperial Tobacco distributed leaflets which read: “Soon no one will see Peter Stuyvesant on the outside but we don't care ... it's what's on the inside that counts.” The packaging seemingly mocks new government laws, which has angered Australian politicians.

Imperial Tobacco however, has called its new marketing move “a mechanism to provide factual information about upcoming legislative changes to adult consumers of the Peter Stuyvesant brand of cigarettes.”

“It is also important to inform our adult consumers that the product itself will remain unchanged,” the cigarette maker said in a statement.

But the Health Ministry labelled the campaign as desperate efforts to get around the plain packaging laws, which is explicit in requiring that 75 percent of cigarette packs' front label must be covered by graphic health warning, on top of the generic plain packaging.

Plibersek said in a statement on Wednesday that Imperial Tobacco was attempting to peddle its product with a sick joke, adding that "what's really on the inside of a smoker are diseased lungs, hearts and arteries."

She added that Philip Morris was also notified too by her office that its initial batch of newly-repacked cigarettes were not 100 percent compliant with the new laws.

Tobacco firms are expected to push out their repacked products this week.  According to Plibersek they can be assured that the government will closely monitor the fresh rollouts “to ensure that they comply with the regulations.”