Why SoftBank is loaning its employees $20bn for reinvestment 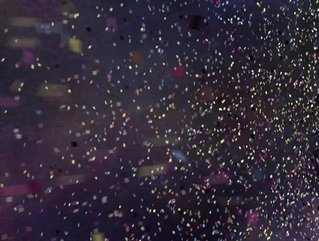 Japanese conglomerate SoftBank is reportedly planning to loan employees $20bn to invest in its latest fund.

As reported in The Wall Street Journal, according to “people familiar with the matter” CEO Masayoshi Son could account for $15bn, with employees making up the remaining $5bn. Masayoshi Son is, according to Forbes, Japan’s second richest man, with a net worth of $22.2bn.

The move comes after the July announcement of the Vision Fund 2, with the company saying at the time that it had secured funding, and investing $38bn of its own money. With the $20bn loan on top of that, the company would be providing around half of the funds, with the loaned amount itself making up a fifth.

Other participants in the fund include Apple, Foxconn, Microsoft, Mizuho Bank, Sumitomo Mitsui Banking Corp, and Standard Chartered. There was, however, a certain nebulousness to the involvement of some investors, a mystery which would be solved by the revelation.

The original Vision Fund was by most accounts a success, used to invest in a number of tech companies, such as $9.3bn in Uber. That investment has since run into problems, however, with shares down 30% since the company’s May IPO, and perhaps serving to spark worries about the long term sustainability of technology investment.

At the time of its announcement, Vision Fund 2 was said to have more of a focus on the development and advancement of AI, differing from the original.

The Wall Street Journal further reported that similar measures were taken for its first fund, with roughly $8bn of loaned money involved. The loans were said to have an interest rate of 5% – while TechCrunch quoted Masoyashi Son as saying that the first fund’s value was up by 45% in May.