What opportunities does Brexit present for Australian businesses? 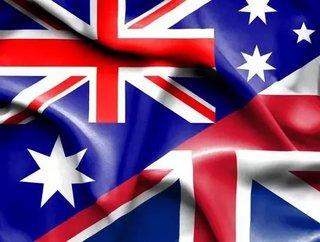 The UK’s vote to leave the European Union in June 2016 – dubbed as Brexit – came as a shock to many British retailers and manufacturers. As UK businesses began to plan their export strategy for a post Brexit world, there was much talk of trade deals with the USA and the huge potential of the BRIC nations (Brazil, Russia, India and China). But there was a notable silence over one obvious partner right under UK businesses’ noses (albeit 7,917 miles down).

Australia seems to have been overlooked in the UK so far in all the excitement about new emerging markets for British business after Brexit. Yet ParcelHero has seen a surge in shipments since June 2016 and a 54% increase in enquiries and searches about shipping goods to Australia. This is not surprising considering Australia is now the world’s 13th largest economy, and the two countries have a shared language and Commonwealth heritage.

Longer term Australian manufacturers and retailers should be licking their lips over a potential trade deal with the UK to export more Australian goods to the UK once Britain is able to negotiate its own agreements after leaving the EU. The UK is already Australia’s ninth largest export market – but bearing in mind it is only the 21st largest importer into the UK, the potential for growth is huge.

But that’s for the future – right now there are significant UK-Australia trade opportunities that Australian importers should be exploiting – especially as the British pound crashed in value after the Brexit vote, making British imports to Australia great value right now.

Australia has some huge advantages for British exporters - and there are some significant opportunities for Australian retailers looking to sell British goods; Australian businesses should be gearing up NOW to exploit new import opportunities. Australia boasts one of the highest thresholds before there are any tariffs to be paid on imported goods. The $1,000 threshold means goods valued at less than this amount can be exported into Australia without incurring any duties or taxes. It means Australian retailers won’t need to pass on high tariff costs on British goods to their customers, and online consumers ordering direct from the UK will also be spared extra fees and customs delays.

Australia also has a significant advantage in terms of marketing and exporting products for overseas shippers. Australia’s three major cities, Sydney, Melbourne and Brisbane, hold around half its entire population. That makes targeting export sales to Australia much easier than to more widespread markets such as India. And the three cities are located right on the coast, meaning no long-distance freight shipments into the centre of the country. That’s a benefit to UK shippers - and of course to Australian retailers and distributors looking to import British goods in any quantity.

And President Trump’s short-sighted decision to pull the America out of the Trans-Pacific Partnership (TPP) that Australia was to launch with eleven other trading partners (including Japan, Canada and Singapore) has left the remaining TPP potential members regrouping -  and making very encouraging noises about including Britain in the Partnership, post-Brexit. This would lead to what amounts to a significant free trade deal with the UK and the other signatories.

With the stars all coming into alignment for Anglo-Australian trade, ParcelHero is already shipping products to Australia in ever-greater numbers, from clothing and lighting to car parts and books. UK retailers and manufacturers are clearly setting about building relationships and investigating markets in Australia in readiness for Brexit. And Australian consumers seem to have some distinctly British tastes! We’ve shipped quite a lot of distinctly niche products to Australia recently, from ketchup and pickles to Highland dancing items – not surprising since 1.2 million Brits have made Australia their home.

Of course, there are disadvantages to shipping into Australia all the way from the other side of the world: transport costs are higher, including returns. There’s potential here for Australia-based distributors to handle these returns domestically within Australia, and also develop a returns centre to consolidate them.

Australia also has, of course, a strict approach to animal-related and plant-related products, imposing restrictions on any items that may contaminate its agricultural industry or environment. Australian retailers looking to import British foods, etc, need to be very aware of these regulations.

Even the wooden pallets UK-sourced product may be shipped in on must be fumigated before being admitted into Australia. Australian importers looking to ship from the UK is urged to study Australia’s new Department of Home Affairs Prohibited and restricted goods page carefully before drawing up plans.

It won’t take long before more British businesses cotton on to Australia as an obvious new market. The generous De minimis tariff threshold and well-clustered population centres should put it near the top of UK export targets after Brexit. Australian businesses should be ready to make the most of this eager new supplier.