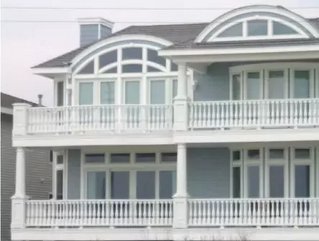 Despite reporting a full-year loss of $326 million on Thursday, building materials group James Hardie Industries’ Asia Pacific operating profit has increased by 41 per cent in the fourth quarter.

Excluding asbestos compensation payments, income rose to $33.3 million in the three months to March 31, compared with $23.7 million a year ago. Profit for the year fell 12 per cent to $116.7 million. The Dublin-based company said it plans to buy back 5 per cent of outstanding shares over the next year, and plans to pay dividends following earnings announcements in November and May 2012.

Although the Asia Pacific operations have seen a boost, conditions in the US residential housing market have remained challenging, with homestarts falling 11 per cent in April from March. James Hardie CEO Louis Gries said, “Housing starts in the US continued to be weak in the fourth quarter as factors such as relatively high levels of unemployment, low levels of consumer confidence, restricted access to credit and the supply of foreclosed homes continued to dampen demand in the residential housing construction market.” He also attributed the costs of raw materials, particularly pulp, and freight costs as a cause for the poor figures.

“With the exception of New Zealand, the Asia Pacific businesses have enjoyed relatively robust operating environments and have performed strongly both on a quarterly and full year basis,” Gries said. “The seven per cent revenue increase in Australia is due to higher sales volume and prices.