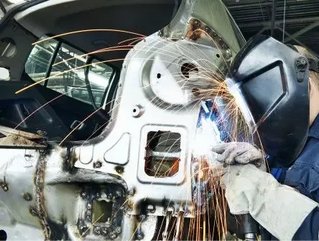 A recent study commissioned by Adelaide University’s Australian Workplace Innovation and Social Research Centre and carried out by the National Institute for Economic and Industry Research has predicted a loss of close to 200,000 jobs and $29 billion in economic output when the auto industry drives out of Australia in the next few years.

The study, based on the idea that the Australian dollar would fall to 80 US cents by 2017, predicts 100,000 direct and indirect jobs will be lost in Victoria. With Ford, General Motors Holden and Toyota all ending their manufacturing over the next three years, Victoria will be the hardest hit region. The predicted loss of jobs over the rest of Australia includes 24,000 jobs in South Australia, and over 30,000 jobs in both Queens and New South Wales.

The report calls this a national problem that will not just affect the core care-making regions of Victoria and South Australia – the impact will go beyond these geographical locations and the automotive industry itself.

According to the National Institute for Economic and Industry Research’s study, the economy is expected to take a hit of 2 percent of Australia’s economic output. The report also focuses on the further loss of jobs in other complex manufacturing industries. The argument is that the auto industry is the main hub for the introduction of advanced technology, and without its presence could increase costs and lead to plant closures.

The study also predicted a worst-case scenario that was precipitated by a drop in the Australian dollar to 65 US cents, claiming this could lead to a loss of 270,000 manufacturing jobs and a $44 billion hit to GDP.

"The high Australian dollar has really been a killer for Australian mass manufacturing," Associate Professor Spoehr from Adelaide University said. "It's had a similar effect on manufacturing to that which has been experienced in the agricultural sector through drought, and I'd regard what we've gone through over recent years as exceptional circumstances for manufacturing."