Toyota to leave Australia by 2017 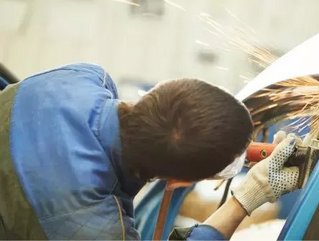 Toyota announced Monday that they would be completely pulling out of the Australian car industry by 2017; doing so literally ends the entirety of the industry in Australia, as both Ford and General Motors have also said they will be out of the country by 2016.

Several culprits have been blamed in the demise of Toyota in Australia: the “arcane and combative” industrial relations culture, the country’s tiny market that couldn’t sustain competitive production, the explosion of Asian auto production in the last decade, the Australian dollar, and globalization and Australia’s inability to compete for low-cost manufacturing are just a few of the reasons being batted around today.

Toyota, Australia’ biggest auto exporter, has been in the country since 1963. In the early 2000s, Toyota Australia achieved a record-setting industry sales record. Recently however, they have suffered large losses, cut jobs and have had a hard time recovering from the effects of Japan’s earthquake and tsunami disaster.

Their departure places Victoria on the edge of an economic disaster that could possibly change the face of the industry. The car industry is responsible for 25,000 jobs in Victoria, though they aren’t the only region that will be hit hard; Melbourne’s manufacturing belt in the sale has over 180 motor vehicle parts makers.

Prime minister Abbott has been asked to submit a new jobs plan in response to Toyota’s announcement, but has said a solution to the loss of jobs will not be determined overnight: “The job of government is not to offer false hope or miracle cures. The job of government is to sit down and carefully and methodically . . . sort out what is best done in difficult situations.”

Toyota has said that the immediate effect will be the loss of 2,500 manufacturing jobs. The long timeline before the company shuts down manufacturing does give many of the workers time to train for and find a new job, but they will have to look outside of Australia’s automobile industry to be successful.