Retire with Great Healthcare for Pennies on the Dollar 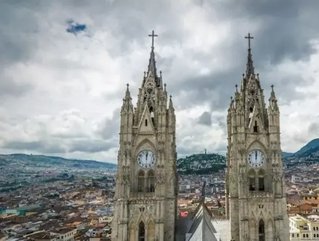 Australians spend a lot of time and energy preparing for retirement. While setting money aside monthly can sometimes be painful or inconvenient we are also glad that we’ll have a pot of gold to enjoy our golden years. However, what is retirement without good health or without quality healthcare? Worst, what is retirement without health insurance? Access to quality healthcare is a pressing issue for all of us, but particularly for those approaching retirement age. One solution that many Australians, as well as citizens from other parts of the First World, have taken up is retiring in Ecuador.

Ecuadorian cities like Cuenca have had great health service at low rates for a long time. Recently, though, the federal government has enacted sweeping legislation that will afford free healthcare for expat retirees who become legal residents on a national level. This is what the publisher of Live and Invest Overseas Kathleen Peddicord reports in her Huffington Post blog post, “Full Medical Coverage For Just $70 Per Month -- New Health Care Option For Residents Is One More Reason To Think About Retiring To Ecuador,” published early last year.

“Ecuador's national health care plan, managed by the country's Social Security administration, is now removing age and pre-existing medical condition restrictions for those who want to join the system voluntarily. ‘Voluntary’ membership is open to all citizens and legal residents at a cost of just $70 a month,” writes Peddicord.

According to Peddicord, Ecuador’s new health system is comprehensive: “The new health system provides full medical coverage, including doctors' visits with no co-pays or deductibles, dental care, and free or discounted prescription medicine.”

Ecuador’s health system does not restrict itself to public hospitals. It has also enlisted plenty of private clinics and hospitals into its program and is open to adding more. The same goes for private pharmacies.

The nation’s Social Security single-payer healthcare system is part of the wave of change that has visited Ecuador since the adoption of a new constitution in 2008; a constitution that mandates access to healthcare for all citizens and legal residents. The health care budget has increased over 200 percent and the money is being put to good use.

“New hospitals and clinics have been built or are under construction, old facilities are being upgraded and the government has doubled the number of doctors on contract with the system” writes Peddicord.

All of this is great news for current, and future, expats in Ecuador who are looking for bargains on healthcare. However, there are some snags. For example, the rapid expansion of the system can leave facilities short on resources. This results in patients waiting up to two months to see specialists. Shortages on medications have also been reported. The Ecuadorian government, though, is poised to take action.

“The government says it is working to fix the problems and plans to hire an additional 2,000 doctors by the end of 2014; the country is actively recruiting in Spain and Cuba,” says Peddicord.

Additional drawbacks include the variability of quality and availability of services from cities to towns to rural areas and the red tape inherent in any government-run program.

“Despite the drawbacks, expats who have used the government system report that they have received excellent care and saved thousands of dollars. An expat who lives in Quito says she is extremely impressed by the system's improvements and expects things to continue to get better,” reports Peddicord.

“Although joining the government program is not for all expats, it is a great option for those who might not otherwise be able to obtain low-cost health insurance” concludes Peddicord.

Related Story: Are You Vaccinated? Australia makes the Choice for You