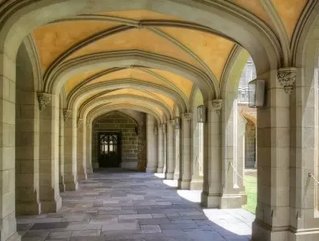 Times Higher Education reputation rankings – self-described as "the definitive list of the top-100 most powerful global university brands” – has released their 2014 list. All Australian universities included in 2013 have slipped in the rankings, and one has fallen off of the list completely.

Times Higher Education cannot officially pinpoint the reason for the drop (as the brand ranking is based on the subjective opinions of 10,000 researchers from around the world), but many agree that last year’s $2.8bn worth of federal budget cuts to universities have some impact on slip in the rankings. And although this list only takes reputation into consideration (a more comprehensive list is published in October), reputation is extremely important when it comes to educational institutions.

"We can't read their minds, but we've been speculating that the funding cuts announced by the former government, unprecedented cuts, sent some very negative messages out there into the world," editor of the list, Phil Baty, said.

Many agree with Baty’s sentiments, and universities are starting to worry about the long-term effects these budget cuts will have on their reputation. "One of the distressing things is how long those consequences tend to linger,” said Glyn Davis, University of Melbourne vice-chancellor. “Once you're seen as no longer performing to a global standard, it's very hard to win back the standing that you once had."

There are a few qualifications to be considered for the reputation ranking – the university must teach undergraduates, offer more than one narrow subject, and must output more than 200 researched articles a year, over a 5-year period examined for the rankings. Following are the universities that made it into the top 10.