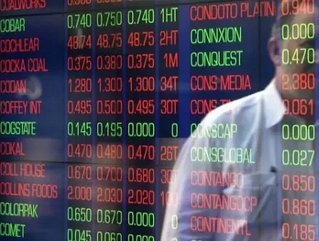 This story originally appeared on 20 December 2011 on Bloomberg News.

The Australian dollar rose as stocks rallied and minutes of the central bank’s last meeting showed policy makers saw a continued expansion in the domestic economy even as Europe’s debt crisis weighs on global growth.

The New Zealand dollar strengthened to the highest in more than a week before a report forecast to show the country’s economic expansion accelerated in the third quarter. The Reserve Bank of Australia had cited the effects of Europe’s sovereign- debt crisis on the global economy when it decided cut rates for a second straight month on Dec. 6.

“There may not be enough dovishness in the minutes” to signal further interest-rate cuts, said AnnetteBeacher, head of research at TD Securities in Singapore. “Too much is priced in already. They’re making sure that the market doesn’t run away.”

Australia’s central bank lowered its key interest rate to 4.25 percent from 4.50 percent this month because risks to global growth from Europe’s sovereign crisis overshadowed evidence the nation’s mining boom is intensifying, according to minutes released today of the meeting.

“There had been further evidence that a major investment boom was in progress and the overall economy was expanding,” the minutes said. “Australia’s main trading partners were also still recording solid growth. This did not suggest any strong need to cut interest rates.”

The New York-based Conference Board’s index of Australia’s leading economic indicators added 0.6 percent in October from a revised 0.6 percent gain in September. The index of coincident indicators, which is a gauge of the current growth rate, rose 0.3 percent.

New Zealand’s gross domestic product expanded 0.6 percent in the third quarter from the previous three months, according to the median estimate of economists surveyed by Bloomberg before Statistics New Zealand reports its figures on Dec. 22. GDP rose by 0.1 percent in the second quarter.

New Zealand’s GDP “will be a relatively positive number, so you will see some money flow into the kiwi,” said Alex Sinton, a senior dealer at ANZ National Bank Ltd. in Auckland. “There are buyers and profit takers on the downside for the kiwi and Aussie.”