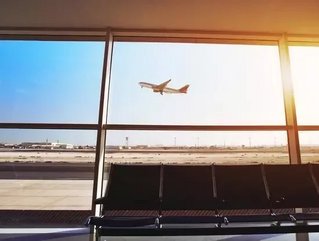 On Sunday Qatar Airways announced its net profits had risen by almost 22 percent in the last financial year that ended in March, before the fallout with its Gulf neighbours.

The results cover the period from April 1st 2016 to March 31st 2017, long before Saudi Arabia and its allies cut ties with Qatar almost a week ago.

"Our annual results once again reflect the success of our expansion and growth strategy," Qatar Airways chief executive Akbar Al-Baker said in a statement.

The airline now faces a financial hit from the blockade, which bars it from large swaths of airspace. Flights to Europe and America have now been routed via Iranian and Turkish airspace to avoid Saudi Arabia and Bahrain. Flights going to Asia and Africa now have to fly around UAE airspace.

Qatar Airways has suspended all flights to the four boycotting nations, and has said it will continue to operate the rest of its network according to published schedules with “day-to-day adjustments for operational and commercial efficiencies, which is standard airline practice”.

As well as being banned from the country’s airspace, Saudi Arabia has revoked Qatar Airways’ license to operate out of the kingdom. The airline has also had to deal with the repercussions of the United States imposed ban on electronic devices larger than a smartphone on flights from the Middle East.