Investing with the ASX 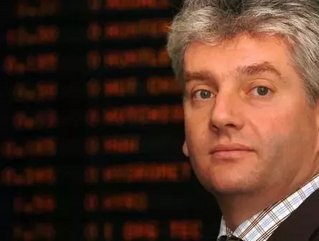 Richard Murphy, General Manager of Equity Markets for the Australian Securities Exchange, has been hard at work bridging the gap between the S&P/ASX200 and the rest of the small and medium enterprises, mid-cap and micro-cap companies that make up the ASX.

Part of filling that gap is creating value for small and mid caps by offering them a range of services, including events that promote them to an international investor audience to engender interest and investment.

For the last six years, Murphy and his team have been bringing a number of small to mid caps “on the road” directly to investors in London, New York, Toronto, Hong Kong and Singapore. These international events offer investors a chance to learn directly about the opportunities presented by a selection of up-and-coming Australian companies and to discover more about the attractiveness of the Australian equity market.

Presentations are made by each company’s CEO or CFO and are enhanced by one-on-one meetings throughout the program, which enable highly targeted conversations to occur between institutional investors and company management.

“Putting a CEO in the face of an investor is probably the ultimate you can do in terms of exposing a new company to overseas investors,” Murphy says.

The thriving Australian resources sector can be contributed to the success of these  international conferences, particularly because of strong interest from high-quality investors in the US and Asia.

In fact, when Murphy brought a round of companies to the US recently, he found that American investors were blown away by the success stories coming from Australia. “‘What happened to the recession?’ the Americans asked. All they heard were positive stories from CEOs,” Murphy says. He finds that Western Australia mining companies cannot dig resources fast enough to get to a port to be sold to India or China. (On a side note, Murphy says, “You can’t get a hotel room in WA. It is so busy because that economy is booming. You’d swear there was no global recession.”)

More often than not, small to mid caps brought along on these events are resources companies with caps between $150 million and $1 billion. Flinders Mines, Galaxy Resources and Linc Energy were among the group of companies that partook in the latest event.

Murphy’s colleague, ASX General Manager of Sales & Marketing William Wilson says, “If a company can get one good investment story from our event, it will be well worth their while. The ASX story is unique because the economy is based on commodity prices and a booming resources sector.” One unnamed mining company went from a $6 million to a $3 billion company, and while Murphy and Wilson are  quick not to take credit for this tremendous growth, the ASX certainly did have a hand it giving the company exposure to a foreign audience.

A PORTFOLIO OF SERVICES

Another service the ASX offers in its portfolio of value-added services is the use of its website—one of the biggest financial websites in the country. Companies are given the opportunity to run a video on the website, and over 30 have already taken advantage within the last two months. The ASX has also worked with Orient Capital to develop a desktop tool that allows companies to communicate and learn about shareholders, compare data to peer companies and beyond. Additionally, there are a number of new products in the pipeline that will have a direct influence on a company’s capital raising ability and how they will communicate directly with shareholders.

Murphy and Wilson’s team is also working to modify the basic structure of the market, in both trading and listing. They will come out with recommendations within the next few months, but are quick address that the proposition of a second board will not be a part of it. “Can we get a bit more out of these companies if we tweak the way we allow them to trade? It’s not about differentiating or having a second board, but we don’t believe one size fits all in trading platforms,” Wilson says.

INVESTING WITH THE ASX

Part of creating a portfolio of value-added services for small to mid caps is to ensure they’ll list with the ASX versus another international exchange. Whether it’s modifying listing rules or offering more international events, Murphy and Wilson are committed to improving the value proposition for Australian companies looking to raise capital in Australia. “ASX looks to make itself the preeminent listing value for companies looking to raise money. The value proposition is as high in Australia on the ASX as it is anywhere in the world,” Wilson says.