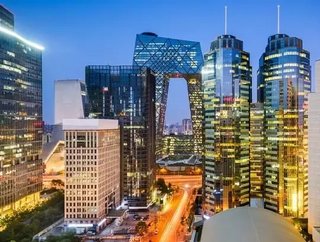 Beijing now has the least affordable rents in the world. This according to Global Cities Business Alliance, which looked at the cost of living in 15 cities across the planet.

The report recorded that Beijing’s average rental prices equated to over 1.2 times average salaries in the nation’s capital.

House prices in the city have also rocketed – as much as 18 percent in the past year up to March. Although a dominant factor in the cost of living, rents and house prices are just part of the picture. Regulations have also been key in Beijing’s rise to the top, with restrictions on non-residents buying houses until they have paid tax in the city for five years.

Beijing’s metropolitan coverage has doubled in terms of its population in the past two decades and this massive growth is putting strain on service sector workers who have to travel as part of their jobs. Nurses, schoolteachers and bus drivers all face rents of between 1.1 and 1.5 times their incomes despite facing the second longest commutes to work in the world, behind Mexico City.

Chaoyang District is one such prime renting space in Beijing; home to most of the city’s foreign embassies and international companies, this area is popular with expats and has a high average rental price. The city’s Central Business District is home to high end serviced apartments and is very close to offices and amenities.

High rental prices have also been damaging the city’s local economy, since they tie up consumer spending power, according to the report. It found that if rents rose by 10 percent, $3.5 billion of consumption would be removed.