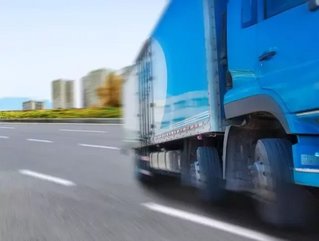 Full Truck Alliance Group, known as Manbang in its native China, is close to raising US$1bn in its latest funding round, Bloomberg reports
The firm, likened to an Uber for trucks, connects shippers with truck drivers in China where there is huge demand for haulage services.
Truck Alliance’s income is based largely on membership fees paid by customers, and the firm also takes a cut of driver charges.
Bloomberg said that this latest funding round is geared towards investing in growth and driverless technology, according to its sources.
See more:
There is a lot of interest in the industry for autonomous trucks, particularly as many long-haul journeys involve protracted stretches of uncomplicated road travel.
Bloomberg’s sources reportedly said that the firm had initially targeted a $10bn valuation, while the latest funding round could instead raise the company’s value to $9bn – an increase of 40%.
In a company statement released in August, Truck Alliance said that it currently serves 1.5mn paying customers with 5.2mn registered truck drivers.
Truck Alliance is incorporating technology which simplifies processes to maximise efficiency, with Bloomberg noting that the industry is notorious for having trucks that “stand empty for hours” while “drivers rely on typically chaotic service centers to find their next load.”
UberManbang autonomousFull Truck Alliance Group
Share
Share