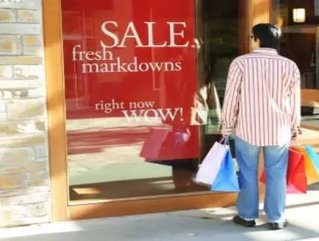 Retailers around Australia are tightening their belts in anticipation of the upcoming holiday rush as shopping forecasts reveal the not-so-joyous sales projections.

According to the latest numbers released by the Australian Retailers Association (ARA), holiday sales between mid-November to 24 December are expected to reach $39.5 billion, a mere 2.2 per cent higher than last year’s sales.

“Industry categories which traditionally count on the festive season as their biggest trading period will be bracing themselves for more of the disappointing trade they have experienced over the last eighteen months,” ARA Executive Director Russell Zimmerman said in a media release.

A retailer survey administered by the ARA between 4-22 November found that more than 60 per cent of retailers are expecting fewer sales. Because of the common customer preference of lower prices over quality in-store service, more than half of these retailers plan on slashing their prices closer to Christmas.

“In 2011, Australian shoppers have been savvy, seeking out the best value for money, the best range and the best service. This trend is anticipated to continue through Christmas," said IBISWorld General Manager (Australia) Karen Dobie.

Department store items including apparel and footwear are expected to drop by as much as 1.9 per cent, and hospitality may drop by 0.8 per cent. What might come to the rescue, analysts and retailers say, is another interest rate cut.

“... [Survey respondents] said a December interest rate cut will boost sales in the lead up to Christmas because of the relief will coincide with the time people shop for their Christmas items,” Zimmerman said.

However, the news isn’t so dark for all retail sectors: Zimmerman sees sales increasing for those whose products help put on a celebration.

“... household, food and other retailing are all set for a boost compared to last year, showing shoppers will more likely opt to spruce up the house and put on a family feast rather than put any more presents under the tree,” Zimmerman said.