Crown Casino to Get $100 Million Expansion 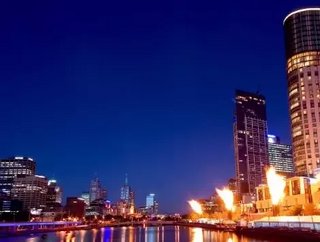 An estimated $90 million expansion is said to be in the works for James Packer’s Crown Casino in Melbourne, The Australian reported Monday.

In an effort to reach a wider range of gamblers, including a younger demographic, the Crown board is reportedly moving forward with plans for a brand new gaming, food and beverage section at the Crown Casino’s western wing.

The expansion has been made possible by the Victoria government, which lifted the number of gaming tables allowed at Crown to 500, in return for a higher tax on electronic gaming machines. Under the deal, Crown is paying $132 million in extra taxes over four years.

To complement the new gaming tables, Crown will spend more than $300 million this year to refurbish two of its major casinos-- the Crown casino in Melbourne and the Burswood casino in Perth. It will spend another $700 million in the next two years. As part of the refurbishment, Crown is doubling the size of its premium gaming floor, the Mahogany Room.

James Packer, who holds a 43 per cent stake in Crown, said in March that spending would be Crown’s focal point for the next two years. With first half profits of $153.15 million in 2011, Crown has the capital to inject millions into its casinos.

Between 2009 and 2013, Crown will have invested more than $1.5 billion into its casinos. No doubt this is Crown’s way of edging out competitor Tabcorp, who is also reportedly spending millions to revamp its own casinos.

The Australian said the formal plans for the Crown Casino will be announced publicly as soon as this week.