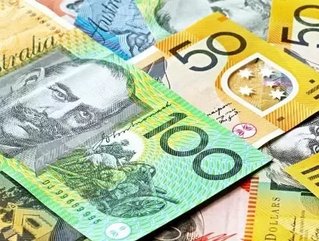 Regional towns in Queensland are having to fly-in, fly-out workers as flocks of people abandon retail and bank jobs to work at the mines, according to a recent Queensland Resources Council report.

An estimated 35,000 jobs will become vacant during the next two years unless a dramatic change occurs in all fields, including apprenticeships, immigration, taxation, education and mining. The mining industry will pay more than $8 billion in State Government royalties if the $142 billion in mining projects go ahead. Opportunities are going to be lost if labour changes don’t shift dramatically soon.

Resource companies are taking available people, causing some companies to fly-in, fly-out, or FIFO, due to a lack of people in the retail sector said Steve de Kruijff, the head of Xstrata Copper. Mining companies should attempt to attract people from other industries to move to mining towns to support its industries.

“I would prefer not to but a lot of people want to FIFO,” Kruijiff said. “It’s a big bang that is happening. It’s all going to happen very quickly, and the volume of people is not there.”

A trend shows retailers in communities with rapidly expanding mining and resource sectors hiring workers from overseas, said Gary Black, National Retailers Association executive director. These communities include Mt Isa, Mackay, Gladstone and Toowoomba. About 20 per cent of these new jobs will go to these overseas workers on 457 work visas, according to the QRC.

Australia should consider following the example of some South American nations that shortened apprenticeships by two years without any loss of standards, Kruijiff said. The Government would double to 1,000 the number of TAFE positions for the introduction to mining courses, said Premier Anna Bligh.

As of now, some projects are at risk of stalling or being scrapped because the labour market settings will fail to meet demand, said QRC chief executive Michael Roche.