Is Australia’s Housing Boom Turning Into a Bubble? 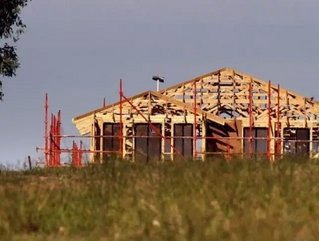 The sound of trucks dumping concrete mix at another construction site is music to an economist’s ears. When the housing market of a country hums, it tends to have an equally salutary effect on the rest of the economy. A healthy housing market means raw construction materials are in demand, along with the vast labor force needed to sustain it, along with domestic goods to fill all the new houses being built.

Except for South Australia, the Australian housing market is experiencing an economic boom that is raining prosperity on many sectors. A housing market that is too robust, though, may also be a sign of a coming market crash. The United States—along with much of the rest of the world—learned this the hard way when its own housing market came tumbling down in 2008. All of which begs the question, is Australia headed in the same direction?

Individuals in the housing development sector believe that it is not. John Mulcahy, chairman of Mirvac Group, one of Australia’s largest developers, is one of these individuals.

Quoted in The Australian, Mulcahy acknowledged the lofty house prices in Australia—sometimes a sign of an economic bubble—but insisted that the country is safe because we don’t lend the way Americans do.

A debate over the possibility of a housing market crash has recently reignited because recent figures show two years of double-digit price growth in Sydney. Adding fuel to the fire, the Reserve Bank is expected to further cut the official cash rate.

Amid these developments, Mulcahy still insists that the market is safe. “Prices are high at the moment, but do I think it will crash? I don’t have the sense that it will. Do I think that prices will continue to grow? I’m not sure,” he said, according to the Business Spectator.

Other voices in Australia—not tied to the housing industry—have acutely different views on the situation. Australian Financial Review, for example, say it directly in their article, “Housing Boom is Out of Control.”

While Mulcahy’s observation that Australia’s lending structure is different from America’s, and therefore, a crash is not likely, AFR points out housing economy characteristic that makes the nation vulnerable.

“In contrast to America and Britain where fixed-rate mortgages are much more popular, the vast bulk of local borrowers have their loan costs determined by the overnight cash rate. This makes their investment decisions extremely sensitive to monetary policy movements,” says AFR.

“They are exclusively an artifact of the [Reserve Bank of Australia’s] decision to slash borrowing rates to the lowest levels in history,” writes AFR.

It looks like Australians must reach their own conclusions weighing the voices of three establishments: the private sector, the government and the press. While the sound of a construction project—large trucks moving around, workers’ work boots, Caterpillars moving around dirt—may be pleasing to some, listening more carefully may yield different opinions.

Related Story: The nine people who control the global economy