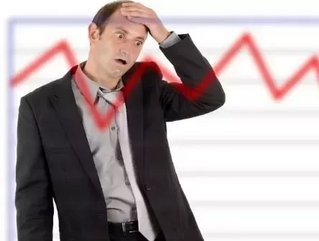 The Australian financial market is in chaos as investors react to the possibility of Greece defaulting on its debt. Today the S&P/ASX200 index closed at a low 156.2 points, or 3.7 per cent, to 4038.5. The All Ordinaries index was 152.3 points, or 3.56 per cent, lower at 4125.1. This is its second-worst one-day fall since the end of the global financial crisis two years ago.

In early trade overnight, European exchanges dropped further, driven by fears that major French banks would be downgraded by Moody's this week because of their exposure to Greek sovereign bonds.

Yesterday, the dollar fell to US3c to a one-month low of $US 1.03, leading local stocks down as well.

This downward slide started off on Friday, when US and European stocks began fallingdue to fears over both the Greek debt crisis and the resignation of the European Central Bank economist, Juergen Stark. The DOW Jones dropped 3 per cent to under 11,000 points and the London FTSE 100 fell 2.35 per cent.

There was more bad news yesterday for global economic growth as the Organisation for Economic Co-operation and Development (OECD) released data that predicts a slowing in economic activity in most developed countries.

Investing with the ASX

Financials fell 3.9 per cent as all major retail banks suffered. Westpac shed the most value of the big four, closing 93 cents or 4.6 per cent down to $19.20.

Gold stocks were among the few that gained on the day, with AngloGold Ashanti rising 6.38 per cent to $9.17 and Newcrest Mining rising above the top 20 to maintain $39.80 and losing only .2 per cent.