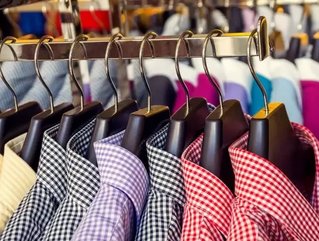 The Arcadia Group, which owns the Topshop and Topman brands, looks set to take back control of the businesses from Austradia after Topshop Australia was placed in voluntary administration yesterday.

Hilton Seskin, the veteran retailer who owns Austradia, has reportedly agreed to hand the company back to its founder Sir Philip Green, after discussions which have taken place over a number of months.

Seskin, who secured the local franchise from the Arcadia Group six years ago, has told the Australian Financial Review that the franchise model for fashion retailers is "broken".

He says it became clear the franchised business was unable to compete with vertically-integrated retailers such as Zara, H&M and Uniqlo, who have opened up dozens of new stores.

James Stewart, who’s a partner at administrators Ferrier Hodgson, says the brand’s founder is keen to ensure that it remains a player in the market.

He said: "Sir Philip Green has expressed a very strong interest in maintaining the Topshop and Topman brand in the Australian market.

"The future operating model of the business will be determined by Sir Philip.  Our current expectation is that the business may need some restructuring but that it will survive and prosper.

The business struggled with a number of issues, including the complexity of the supply chain and counter-seasonality and lost market share to its' rivals.

Austradia, which had annual sales of about $90 million, lost $3 million in the six months ending December, based on losses of $600,000 reported by Myer at its half-year results in March.

It’s not yet sure what the future of Myer’s stake will be but Arcadia Group is likely to maintain a concession agreement with Myer, which opened 17 Topshop and 17 Topman concessions in Myer stores after buying a 25 per cent stake in Austradia in September 2015.