Young Australian chosen for business accelerator in US 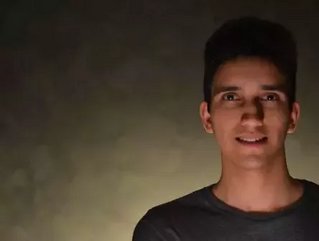 Alex Jeffery, 19 year-old Melbourne entrepreneur has been selected to be the first Australian to take part in the new global entrepreneur and innovator accelerator program in the United States, Watson University.

Alex started his journey as an entrepreneur at the ripe age of 13, always on a mission to use his ventures to solve real problems and create something meaningful.

In the past year Alex has been recognised in Australia’s “30Under30,” as the “Under 35 CEO of the month” and in numerous media articles as a “rising young Australian entrepreneur.”

“Alex was selected for Watson during a competitive application process that sourced candidates from over 50 partners worldwide. He was selected as one of 15 of the next generation's most promising innovators, leaders, and entrepreneurs. We were deeply compelled by his vision for OnelyHUB, the ONEWorld Summit and GettBusy.  Each of his ventures show tremendous potential to convene, support and give people a forum in which to make the world a better place,” says Watson Founder, Eric Glustrom.

“It is so exciting to know I am going to be building out OnelyHUB with nine other global entrepreneurs in such an exciting place!” Alex told us. “Obviously I am on a big mission and it is great to have been selected because of this!”

Alex will be working intensely on OnelyHUB at Watson among nine other entrepreneurs from around the world. He will be mentored by some of the world’s top entrepreneurs, take part in master classes around transformative action and social innovation and be connected to a large network to support OnelyHUB.

Alex will also be sharing all his experiences for young budding entrepreneurs on his blog at www.alexjeffery.me.

WATCH AN INTERVIEW WITH ALEX HERE

Their first major development is a “crowdvisioning” platform called CREATE2100, enabling people and organisations to crowdsource a vision for a number of categories, including; health, education, energy and more.

From here OnelyHUB will be developing a number of services to empower this community to work creatively and collaboratively to create these visions. They will be developing services such as; educational event series, co-working spaces, online platforms and tools and more.

Watson is a new university business accelerator model that accelerates the next generation's most promising innovators, leaders and entrepreneurs: those driven to solve the toughest challenges facing the world.

Watson is based in Boulder, Colorado and includes 15 short courses from the world’s foremost leaders, entrepreneurs, and thinkers including a leader of a Nobel Peace Prize winning movement to one of Time Magazine’s 100 most influential people and more; and award winning training in entrepreneurial skills such as empathy, creativity, resilience, and grit.

We help students develop and accelerate solutions to the toughest challenges facing the world.