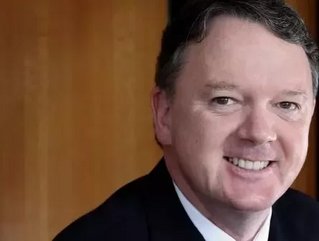 It came as a surprise to most of the oil and gas industry that Woodside Petroleum appointed relative unknown Peter Coleman to the position of CEO and Managing Director, but who better to take the reins than someone with 27 years of experience at ExxonMobil?

The 51-year-old Victoria native has been busy working for ExxonMobil since 1984 in locations throughout the globe, including Africa, Indonesia and the US. At Exxon, Coleman climbed his way up the ladder from drilling engineer to his most recent role as Vice President of Exxon’s development division, where he was known for his operation know-how. At the time of his departure from Exxon, he was part of the company’s Papua New Guinea liquefied natural gas project

Coleman will succeed Don Voelte in June, following Voelte’s announcement last October that he intended to retire from Woodside after more than seven years with the company. Since then, Woodside Chairman Michael Chaney has conducted an extensive recruitment process which considered a strong field of internal and external candidates.

Coleman said, “Woodside has an impressive portfolio of Australian oil and gas assets right across the development timeframe and I look forward to growing the company as successfully as my predecessors, and in a manner which continues to provide superior returns to shareholders.” He will be provided a fixed annual reward of $2.1 million and was given a sign-on bonus of $3 million.

Analysts say this is a crucial time for Coleman to step in, as rumours swirl that a BHP Billiton takeover is on the horizon, as well as the delivery of major gas projects to deliver.