Who are Australia’s highest paid executives? 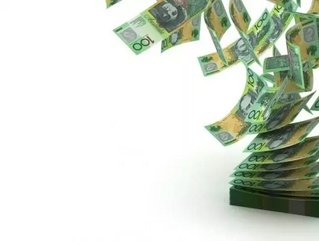 The report found that, overall, CEO remuneration was down from 2014 levels, with median reported pay declining 3.1 percent. Median realised pay, base pay plus the value of shares cashed in during the year, was also down 2 percent among ASX100 CEOs.

But don’t let the stats fool you: the sums pocketed by top chief execs are still staggeringly large. Here are the top five highest paid CEOs in terms of their realised pay.

1. Peter and Steven Lowy
The co-CEOs of shopping centre company Westfield Corporation made a combined $24.75 million in 2015. The pair run the mall empire co-founded by their father Frank Lowy — whose own net worth is in excess of $8 billion — in 1960.

2. Andrew Bassat
The co-founder of Australia’s largest job-searching platform, SEEK, raked in nearly $19.39 million last financial year. The company has been in operation for 17 years.

3. Peter Allen
The head of Scentre Group, which was created in 2014 when the Westfield Group severed its operations in Australia and New Zealand from its US and Europe businesses, took home 17.86 million last year. The company now holds investment interests in over 40 Aussie and Kiwi shopping centres.

5. Louis Gries
Gries, the head of industrial building materials firm James Hardie Industries, left 2015 $15.49 million better off. He has been working as CEO at the firm since February 2005.