What is a Spiritual Entrepreneur? 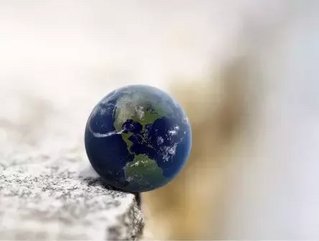 Simply said - it makes good business sense and it works successfully for companies for a variety of reasons. Spiritual entrepreneurs around the globe are embracing its concepts which involve integrating valuing programs for customers, employees, suppliers, investors, communities and the environment.... not as a substitute for profits but for the sake of profits. Maybe it is best described as "Purpose Then Profits"...understanding that profits over the long run can best be achieved by doing what is right for every business constituency.

I have borrowed liberally from this article as well as the websites of companies like Southwest Airlines, Nordstrom, Apple, the Container Store, Grameen Bank, and Patagonia, many of which have been started by the driving force of one single spiritual entrepreneur who attracted through the advancement of this kind of culture and a dedicated group of same-minded executives.

Unfortunately, capitalism has produced some very bad eggs since Adam Smith in his “Wealth of Nations” first introduced it in 1776.  There has been a long and sorrowful history of paying less than subsistence wages, avoiding regulations and taxes, horribly degrading the environment, and ignoring their responsibility to their communities - not to mention taking advantage of vendors and generally taking customers for granted. This has created some huge hurdles for all of us enlightened capitalists.

Fortunately, the sun is arising on a new way of doing business. Conscious Capitalism and those who embrace it are beginning to turn the tide of old entrepreneurial ways and a whole new breed of Spiritual Entrepreneurs are making progress in valuing all their constituent groups and partners. Consciousness means being aware. In fact, it is self-awareness. It acknowledges our weaknesses and frailties and the necessity to take responsibility for our actions. It forces us to look inside and see what is in there. And it is confronting our fears while it offers us the opportunity to be real, vulnerable, and committed to new frontiers.  Lastly and most profoundly, consciousness is most appropriately linked to doing “good.”

Tony Schwartz, who attended a Conscious Capitalism mini summit with several CEOs recounts some interesting stories in his article entitled "Companies that Practice 'Conscious Capitalism' Perform 10x Better". He tells the story of Blake Mycoskie, who founded Tom's Shoes at age 26, who talked at the summit about the profitable business he built on a model of giving a pair of shoes to a child in need for each pair of shoes the company sells. Shubhro Sen, who leads people development for Tata, the huge, privately-owned Indian conglomerate, described the founding tenet of the company that endures to this day: "We earn our profits from society and they should go back into society.”

It is not necessary to choose sides between consciousness and capitalism and between purely self-interest and what is doing right and fair. What we find when we start practicing valuing our customers, our employees, our vendors, our communities, and our planet before profits is that they are all magnificently linked and end up serving each other.  The commitment needs to be deep, aggressive and focused or it won't work. You really do need to put your money where your mouth is.  The firms that are able to do this are characterized by Raj Sisodia (who co-authored "Conscious Capitalism” with John Markey) as "firms of endearment".

I say "before profits” with tongue in cheek. Sisodia looked at 28 socially-conscious companies and 18 of them outperformed the S&P 500 Index by a factor of 10.5 over the years 1996-2011. When you think about this, it should not be a surprise. Why wouldn't a company do better when suppliers are motivated to do their best for you, when employees can hardly wait to get to work and feel well-compensated, when the communities you operate in cherish your presence, when the rapidly growing, environmentally-focused, younger generations appreciate you and when your customers are waiting in line at your doors at opening because they know they can trust you in many different ways?

We at The California Parks Company have for long time been embracing some of the principles discussed above; however, upon a closer view after reading what John Mackey has had to say, I find ourselves lacking in some categories and missing all together one of them. We do a lot of talking about our social responsibilities and our somewhat inflated goals, but our focus and commitment is not what it should be if we expect to reap the great rewards psychologically, morally, and financially. We would be recommitting ourselves to the principles above and diligently so.

My parting message to all entrepreneurs is get on the Conscious Capitalism bus soon because there may be only one left running.  The public is taking notice and there is strong evidence that given the choice of patronizing a socially-conscious company or another they will choose the full flavored version.