WeWork expands into the Asia market 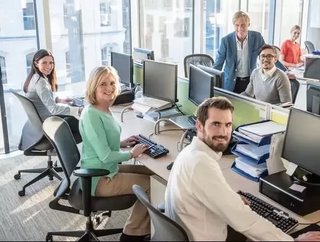 Valued at $20 billion, US company WeWork is setting its eyes on the Asia market in a new $500 million investment. The company is set to enter southeast Asia and South Korea against a wealth of competition across the region, but will have an aggressive expansion strategy to cement its presence outside America.

Established back in 2010, the company has received significant investment from Hony Capital, SoftBank, Greenland Holdings and China Oceanwide, which will all support the company in gaining further credibility and appeal within the Asia market.

The company is already located within Hong Kong, Shanghai and Beijing, with over 200 offices globally and several new offices under construction. WeWork also aims to also expand into further markets, such as London and Paris.

With increased populations and a booming digital industry, Asia is increasingly looking towards innovative companies which can provide significant co-working spaces which guarantee significant value for money, with attractive designs and a complete personalised service.

Through the investment, WeWork has also acquired smaller Singaporean co-working company Spacemob, which will help further WeWork’s operations, as well as past acquisitions, such as digital sign in system, Welkio, building information modelling firm Case, and mobile company Fieldlens.

It also launched the WeWork Services Store in April, providing an exceptional software platform which delivers integrated technologies to empower its users throughout their business operations. Partnering with companies such as Lyft, Salesforce, Amazon Web Services and Office 365 has also helped the company take WeWork Services Store to the next level.