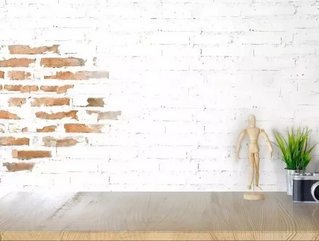 Collaborative space provider WeWork is expanding across Asia. With a vision to build a community of creators, how does Asia Managing Director Christian Lee plan to bring global energy on a local scale?

In 2010, Adam Neumann and Miguel McKelvey set up WeWork in New York, with a vision for a more flexible, collaborative workplace. Now, WeWork has over 230 locations in 71 cities and 21 countries. More recently, the US start-up has expanded into Asia. It was announced last year that WeWork planned to spend $500mn expanding into Southeast Asia, and opened its first co-working space in Singapore in December.

In addition, it now has spaces in Hong Kong, mainland China, Korea, Japan and India. But whether in New York, London, or the beginning of its Southeast Asia empire, WeWork strives to offer its over 210,000 members something a little different and allows them to access global services from a local base.

Collaboration is the name of the game, for which WeWork members have physical and virtual platforms. Members can obtain collaborative spaces for a team of any size, flexible to their needs, as well as access to events and an app that connects them across the globe. This is all part of WeWork’s mission to “create a world where people work to make a life, not a living”.

“WeWork is really aiming to be a community of creators,” explains Christian Lee, Managing Director, WeWork Asia. “It’s a place where people from all different types of businesses and backgrounds, from non-profits to start-ups, can work in a beautiful, highly functional and energetic space. But ultimately, they’re there to be part of something bigger.” Lee stresses that about 70% of WeWork’s members collaborate in some way, with 50% working directly with one another. In addition, WeWork makes setting up and coming to work easy. “Everything just works,” Lee explains. “It’s a lot more than just space. It’s flexible, it’s easy. From WiFi to coffee, it’s all there from the day you walk in.”

Every aspect of a WeWork space is designed to engage people. “It’s exciting and fun to be here… People around you are also looking to be engaged in different ways, to help each other, learn and collaborate.”

According to Lee, WeWork has come about from a change in the way we do business, as well as the demands of employees. “The first thing is flexibility: the real estate market traditionally forces people to sign as large a piece of property, and as long a lease, as they can afford. The notion that freelancers, startups, and now even the largest companies, know their needs over the next 10 years is outdated.” WeWork resolves this problem by providing a global platform that “allows your business to get anywhere and scale up or down”.

In addition, the way we work has changed incrementally in recent years. “The days of people sitting in a cube for eight hours are over; with mobile phones you’re connected all the time. You need a different type of environment that’s engaging to you and highly functional. Increasingly, work comes in the form of meeting, collaborating and brainstorming, not just sitting at a computer. You need to be able to make phonecalls, have a private office and open space to sit with colleagues.” WeWork, therefore, provides a mix of spaces to be used by multiple people and businesses. “You don’t need that phone booth or 100-person conference centre all of the time. WeWork offers the type of space you need when you need it, bookable on your phone. You can decide how much you use.”

It’s not just companies, but their employees that want something different. “It’s wanting to be a part of something bigger,” Lee explains, adding: “If I’m walking in and it’s dreary or doesn’t feel good, I won’t bring my best self to work. There are too many choices and opportunities, and this generation wants more than just being paid in money – they want companies to care about the environment, the employees’ health and wellbeing, the world and the ecosystem.”

Collaboration cannot be forced, but encouraging it is a must. “We’re seeing in a number of large enterprises globally that they’re somewhat siloed,” Lee comments. “The idea of using space to bring people together is important, as well as all the research we do to help people have more ‘chance encounters’ and ways of finding each other.”

In addition, this design can promote efficiency in the individual worker. “There’s a lot of studies now that suggest they type of environment – energetic, bright, collaborative – can make you more productive.” Lee says getting this right gives rise to “a significant increase in employee morale and productivity”. This may be one of the reasons why, in addition to startups and freelancers, some of the biggest companies in the world like Microsoft and HSBC choose to utilise WeWork’s flexible offering.

Lee says the on-the-ground feedback WeWork is privy to enables them to get this right. “We spend huge amounts of time studying the way people interact in our buildings,” he explains, referring to the management teams who interact with hundreds of thousands of workers on a daily basis. “The difference for WeWork is that we’re seeing on a daily basis what works and what doesn’t, and we’re heading lots of feedback.”

Such feedback is implemented throughout WeWork’s end-to-end offering. “We have a full stack solution: we find the real estate, design the buildings, fit them out and run them. We see the full range of what works. Nobody else has that data across 21 countries and 71 cities. We think about what will work, test it, put it into action and learn from it. Then we recycle it,” he adds, explaining that WeWork replicates its energy and culture throughout the world.

Expansion across Asia, as well as adding to its footprint in existing locations, has brought up a multitude of challenges, but also opportunities for WeWork to make a difference, as the company remains unfailing in its efforts to provide localised services.

“It’s fascinating,” Lee enthuses. “All the idiosyncratic differences we see… in Amsterdam, for example, everyone eats lunch at the same time and shares food – so you need spaces that can accommodate these very large rushes. In New York, they eat at their desk. In the US, we analysed our data and found very few meetings had more than three people – but in Asia, a lot of the time, the importance of a meeting is determined by the number of people, so you need capacity for 50+ people in a room. Also, our events are different in every location, as they play out differently in different markets and are run by the local teams. Every market has its unique challenges, and likes to think it’s the most complicated in the world, but they’re all very manageable once you hire locally and use the global resources we have.”

Lee stresses that all WeWork locations have the same energy. “When you walk into a WeWork, whether in Shanghai, Singapore, Mexico City or London, the energy, buzz and collaboration are all the same. The core is that people want a better experience at work. A more human experience. They want to connect.”

Lee comments that his role has changed a few times since joining WeWork, “as is the nature of working at an incredibly high-growth startup”. But what part has he enjoyed the most in his three years at WeWork, from CFO in New York to Managing Director in Shanghai? “The most exciting part is the opportunity to impact people around the world,” says Lee. “I’m lucky to get to be involved all the way from picking the buildings, to design, to seeing them open, and seeing WeWork transform a place that was otherwise going to be a boring cubicle farm into somewhere full of energy. I get to see people come in, and how excited they are to be there.”

And the biggest challenge of doing something that’s never been done before? “There’s no template,” explains Lee. “We’re constantly inventing new ways to do things, finding things nobody’s done before. We have to be able to collaborate globally at all times – how do we localise? How do we make sure we’re getting the best of the global with a really localised product?

With the right team, he argues, it’s possible. “We spend a lot of time interviewing… it’s the single most important thing we do, making sure we have the right team. Especially on the community side: it’s about interaction. We have the unique opportunity to interact with members on a daily basis, so we have to find people who care about helping others.”

Faith in the future

Lee clearly has faith in the company, as do recent big name Asian investors like SoftBank. And the Managing Director thinks this might be for similar reasons. “You’d have to ask each investor individually of course, but my gut is they had the same reaction I did – walked into a WeWork and saw something very special, very different, was going on. Employees and users are passionate and engaged. When investors speak to Miguel, Adam and some of the employees, they can see there’s a vision. It’s very clear where this company wants to go.”

Where is that? Put simply, says Lee, “lots of growth”. During WeWork’s two years in China, it has exceeded expectations of those who said it wasn’t the right market for collaborative business. “We had conviction – but you have to actually open to prove that to landlords and investors.” How does it plan to build on this success? “You start in a particular company and go deeper, then expand,” Lee begins, explaining that WeWork will enter more Chinese cities while also opening more branches in Shanghai, Beijing and Hong Kong. “We’re now in Singapore and will expand into Southeast Asia as it’s an exciting market with great entrepreneurs, great companies and a lot of growth.”

Lee feels WeWork can also become essential to the expansion of other businesses. “From India, Europe and the US, a lot of people are entering these markers and we can be the opening for them. It’s easy, flexible and highly functional. We can take a company deep into a community. In China we have over 10,000 members growing exponentially, so we can help introduce you to that community and what consumers want in China. This cross-fertilisation is one reason it’s important for us to go deeper into cities as well as broader. It’s an incredibly exciting time and an incredibly exciting opportunity,” Lee concludes.

This article was first published in the April edition of Business Chief - Asia.