Volkswagen looks to China to drive the electric car market 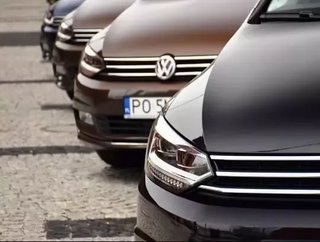 Volkswagen is looking at China as a key market, the second largest economy with over 350,000 new EVs released in the country in 2016 alone. The company has stated that it aims to release its first electric car model by 2020, which will set them up in strict competition with US automotive company Tesla.

Jürgen Stackmann, Head of Global Sales and Marketing for Volkswagen Passenger Cars, informed the South China Morning Post. "We will launch four families of electric cars by 2025 and the Chinese mainland will be the single largest market."

With high pollution rates in areas such as Beijing and Hong Kong, the notion of a cleaner, more energy efficient vehicle is highly appealing for a large number of consumers, with predicted sales set to skyrocket, and the aim for around a fifth of cars to be run by electric by 2025.

Partnerships with SAIC Motor Corp and China FAW Group Corp will further strengthen Volkswagen’s position in the Chinese market, as well as a recent partnership with Anhui Jianghuai Automobile Group (JAC Motor), which will see the company build pure battery vehicles, according to Business Insider.

However, with strict targets set in place, alongside severe quotas for the sales of electric cars, Chinese automotive companies are maintaining a significant hold in the market, leading other countries, such as the US and many areas in Europe, requesting cheaper concessions, against an established penalty if quotas are not met.