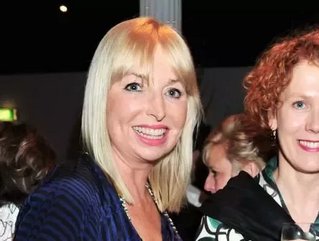 Back in 1972, the Veuve Clicquot Business Woman Award was established in France as a tribute to Madame Clicquot, to honour businesswomen who embodied her entrepreneurial spirit and to inspire and recognize women’s achievements in business. Today, it is held in 16 countries around the globe and corporate social responsibility plays an increasing role in the Award and its direction.

In Australia, the biennial Veuve Clicquot Business Woman Award is one of the most heavily anticipated events amongst the female business community. Its laureates are a pantheon of high-achievers; powerful, creative, trail-blazing women in from diverse fields of business. From a seedlings entrepreneur to a fashion design duo to the quintessential arts czar, the Veuve Clicquot Business Woman Award has recognized Australian businesswomen whose drive and talent distinguishes them as leaders on a global scale.

Winner of the 2005 Veuve Clicquot Business Woman Award, Wendy Erhart, grew up on a rural property in Southern Queensland, developing an appreciation of Australia’s harsh weather conditions that inspired many of her future business endeavours. Today, her Erhart Group of companies is at the forefront of horticultural change and innovation, experiencing almost 30% growth annually for twenty years. The core business, Withcott Seedlings, is Australia’s largest fruit and vegetable seedling nursery, producing 380 million seedlings annually.

Winner of the 2007 award, the late Suzannah Vaughan, had a love of the sea that saw her circumnavigate the world. At 16, she took the helm of Australia’s largest Sail Training vessel and in 1991 she represented Australia on a world voyage to celebrate the quincentenary of Christopher Columbus’ discovery of America. In 2002 at age 29, she began her career with Australian FPSO Management, and became the first Australian female Facility Supervisor (Master) of a Floating Production Storage and Offtake (FPSO) facility. She led the fastest ever conversion of an oil tanker to FPSO in charge of more than 700 men of different nationalities in the Keppel Shipyard, Singapore. She passed away at sea in 2009 as the result of a virus, whilst in command of her ship.

Born in Scotland, 2007 winner of the Veuve Clicquot Business Woman Award Elizabeth Ann Macgregor migrated to Australia and 1999, became Director of the MCA in Sydney. In 2001, she successfully negotiated long-term funding for the MCA with the NSW State Government, securing the Museum’s stability and long-term viability. She has gained support among corporate Australia, reminding them of the critical importance of their commitment to the arts in order to achieve a thriving creative nation. In 2011, she is overseeing the $53 million expansion of the museum to a world-class facility.

2009 winner Mandy Foley-Quin arrived in Australia in the early 80s and went on to build a unique hospitality business, a one-stop shop assuming all responsibility for staff, superannuation and payroll for hospitality personnel on behalf of its clients. Stedmans revolutionized the hospitality industry and is now the model for many other similar businesses. It now employs over 1500 young people annually and is expanding into talent management.

Sass & bide is one of Australia’s most loved fashion brands, recognised globally for modern, distinct designs. sass & bide is the namesake label of Sarah-Jane Clarke(sass) and Heidi Middleton (bide), who won the Veuve Clicquot Business Woman Award in 2010. Their free-spirited confidence and edgy urban style provided the inspiration for their initial denim collection and the incredibly successful ‘east village’ jean in 1999. Within two years, the collection expanded into seasonal ready-to-wear and evolved from an underground phenomenon in Australia to the runways of New York and London Fashion Weeks, gaining international recognition and creating a retail juggernaut. Sarah-Jane and Heidi recently sold a share of their business for $43 million to the Myer group.

The hunt is now on for the 2012 Veuve Clicquot Business Woman Award winner, an inspiring Australian  woman who demonstrates leadership, daring, creativity, responsibility in her business life. Nominations are open until 23 September 2011 and the successful winner will be announced at the legendary Veuve Clicquot Business Woman Award lunch on 8 March 2012 in Sydney. On top of that, she will receive a silver trophy and a business-class trip to France to join the Veuve Clicquot 2012 International Forum. A vine in Reims will be christened in her honour and each year thereafter she will receive a bottle of Veuve Clicquot La Grande Dame.