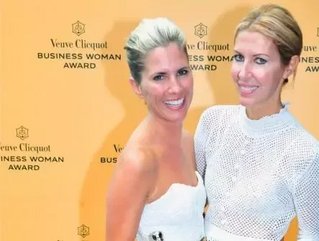 Australians are being asked to nominate a successful businesswoman who demonstrates these qualities, whether she is an entrepreneur, innovator, risk taker, leader, visionary and also an advocate for corporate social responsibility.

The successful winner will be announced at the celebrated Veuve Clicquot Business Woman Award lunch in March 2012 in Australia. She’ll receive a silver trophy, a business class trip to Reims, France to join the Veuve Clicquot 2012 International Forum, as well as a bottle of Veuve Clicquot La Grande Dame and a vine established in her honour.

Last year’s Australian 2012 Veuve Clicquot Business Woman Award went to Sarah-Jane Clarke, sass & bide co-founder and co-director, and her business partner Heidi Middleton. As one of Australia’s most beloved fashion brands, sass & bide has been in business for twelve successful years and recently sold a 65 per cent stake to Myer for $42.25 million. Sarah-Jane Clarke and Heidi Middleton are also advocates for causes such as Barnardos and Fashion Targets Breast Cancer.