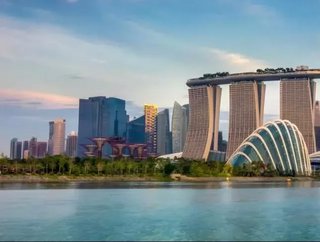 Turner & Townsend – a globally present independent professional services company – has relocated its global head of major programmes to Singapore and appointed a new managing director for South East Asia to further strengthen business in the region.

Ashley Prail, who has led the consultancy’s major programmes across the world for the last five years and been in charge of aviation and rail in the region for the past two, is to permanently relocate to Singapore.

Prior to taking up his current global role, he was instrumental in growing the company’s project controls business in the UK to more than 200 staff. During his tenure, he supported high-profile clients in aviation, nuclear power, water, rail, mining, oil and gas, and property.

Mark Richards, who has held senior positions at Turner & Townsend for the past 16 years, has been appointed the region’s managing director after a highly successful three years heading up the business in India. He will still retain executive oversight for India.

He has extensive public and private sector experience both in the UK and internationally, having been responsible for programme management in Birmingham, UK for a decade before taking on the role of country manager in Kazakhstan and then managing director in India.

Both appointments underline the importance Turner & Townsend places on continuing growth in South and South East Asia with opportunities to expand in Malaysia, which is currently investing in major infrastructure and property projects. Combined with developments in Indonesia, Philippines and Vietnam, the independent professional services company aims to strengthen its presence in the region.

“Their depth of knowledge and international experience leading some very significant projects and programmes within infrastructure, property and natural resources puts them in an excellent position to drive and grow the business in the region.

“The economic outlook in Singapore, according to our International Construction Market Survey 2016, looks positive in the finance and insurance industries with forecasts of 5.9 per cent growth. Wholesale and the retail trade is also expected to record solid growth with higher construction demand from the public sector.”