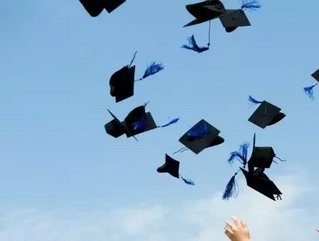 Hang onto that university application – a TAFE course may benefit your bank account more than a bachelor’s degree.

New data released by the Education, Employment and Workplace Relations Department shows that people in vocational positions tend to earn AU$3,200 more than bachelor degree graduates within six months of completing their training, earning an annual salary of $53,200. Bachelor grads generally earn around AU$50,000 per year, and more advanced degrees bump that figure up to AU$60,800 per year, Adelaide Now reported.

“Massive growth in mining and resources sector in employment in Western Australia and Queensland is pushed up the value of VET qualifications and we will start to see that in [South Australia] as well,” Australian Workplace Innovation and Social Research Centre executive director Professor John Spoehr told the newspaper.

"The demand for VET qualified people in mining and resources sector in Queensland and Western Australia has pushed the average up."

Trades people have also had it good. Considering Australia’s primary economic driver, the resources sector, employs tradies from a wide range of training backgrounds with eye-catching starting salaries, it’s no wonder this group has been referred to as the “new rich” class in Australia.

In an earlier conversation between Suncorp Bank executive manager Tony Meredith and News.com.au, Mr Meredith recalled his schooling days when a university degree was required for financial success:

"When I left school everyone knew you had to go to university to get a good income. The guy with the big house and fancy car used to be the working professional.

“Now the fancy house could just as easily belong to the guy wearing a fluoro vest and holding a stop sign. There are a lot more options for young people these days."

The mining boom has certainly provided several thousand local jobs, but the reality behind today’s announcement from Resources and Energy Minister Martin Ferguson could impact these figures in the near future.

“You've got to understand, the resources boom is over,” Mr Ferguson told ABC radio this morning, according to The Australian. "This construction boom will continue, but the days of record commodity prices are gone.”