By Jennifer Johnson
May 19, 2020
undefined mins 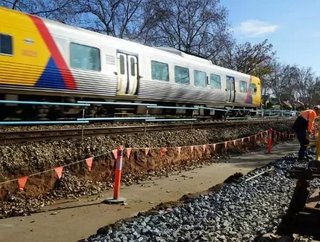 Road improvement projects can offer more than just a smoother road surface or reduced travel times to a local community. For the people of South Australia, the Torrens Road to River Torrens Project will bring social and economic — as well as logistical — benefits.

In 2015, the T2T Alliance, a consortium comprised of construction companies CPB and York Civil, consulting engineers Aurecon Australia and South Australia’s Department of Planning, Transport and Infrastructure, broke ground on the originally-proposed project for a 3km non-stop roadway north of Adelaide. The scope of the project included 2km of lowered motorway; three lanes in each direction from South of Torrens Road to North of Ashwin Parade; parallel surface roads; two lanes in each direction, each side of the lowered motorway; improved cycling and pedestrian facilities and landscaping and noise barriers where required.

In December 2015, the project was expanded to include the grade separation of Torrens Road, increasing the scope of the project to 4km of non-stop roadway, with a 3km lowered motorway. Approximately 30 to 50 thousand vehicles per day travel this section South Road, with only two lanes of traffic extending in each direction.

On paper, the scale of the project could seem indicative of a significant travel interruption for commuters. However, the T2T Alliance is committed to ensuring that this isn’t the case, with all disruptive work taking place outside of business hours.

“We don't actually alter any of the existing travel lanes during the normal business hours through Monday to Friday,” says Paul Steendyk, Alliance General Manager. “We have had positive feedback from local stakeholders, businesses and residents. They very much value the fact that normal business and getting to work hasn’t changed. They can, therefore, allow the time at weekends to manage the impact of what we do.”

Read the rest of this profile in Business Review Australia & Asia's September issue.