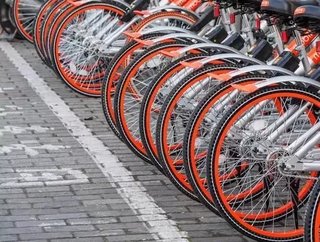 Fortune has released its top 40 influential business leaders and their continuing contribution in delivering new innovative ideas and products. Creating ripples in a multitude of industries, we take a look at individuals and companies who have impacted the Asia region.

Established back in 2010 in the US, WeWork is now expanding its operations throughout Asia in a new $500 million investment to cater for the growing demand of SME’s and businesses demanding personalised co-working spaces. It has become one of the most valuable start-up businesses worldwide, valued at $20 billion.

Located in Hong Kong, Shanghai and Beijing, the company has opened up over 200 offices globally, with several new offices under construction. Throughout its aggressive expansion, the company has acquired Singaporean company Spacemob, which will further support its operations. WeWork is also looking to open offices in Tokyo and Japan.

Throughout its development, WeWork has received significant investment from Hony Capital, SoftBank, Greenland Holdings and China Oceanwide, which all support the company in gaining further credibility and appeal within the Asia market.

Delivering end-to-end business solutions in China, Taiwanese company Pou Chen has worked with major footwear brands, such as Timberland, Nike, Adidas and Reebok, with production locations in China, Indonesia, Vietnam, Mexico and the US.

With a revenue of over $8 billion, its success has seen it become one of the largest footwear manufacturers globally, producing over 300 million pairs of shoes per year.

Launching in 2016, Mobike has become one of the largest bike-sharing companies globally. Established in 160 cities worldwide with over 25 million routes, the company provides eco-friendly transport.

Users only need to source the QR code from the app to unlock the bike and pay through mobile services, enabling the bikes to be left for users at any point to collect and use.

The shared transportation service has embedded sophisticated technologies, such as IoT and GPS, and has received over $1 billion in funding from companies such as Sequoia and Tencent.

"Considering our current operation status, we are able to complete and may even exceed our global expansion goal of 200 cities," said Chris Martin, Mobike vice-president and head of its overseas expansion business. Becoming an (almost) overnight success throughout Asia, the company’s services are now entering Europe, with bases in Italy, Manchester (UK) and London.

Going against major players such as Uber, Didi Chuxing has become a global leader in smart transportation and automotive technology. The company has expanded within China through its acquisition of Uber’s division in China, and has expanded worldwide through various partnerships, such as Middle East taxi company Careem, Taxify and Lyft.

Airbnb has been placing significant investment in China, and has recently appointed new Vice President of its China operations Hong Ge, in order to support the growing tourist and rental market and consequent growth.

Facing off against local competitors, the company has grown its technical team and partnered with local governments and providers. Users can now pay for through local service Alibaba Alipay, as well as utilising WeChat in a bid to become more appealing to locals.

Additionally, Airbnb has launched a Chinese name, Aibiying, in a bid to attract further local customers to the platform.