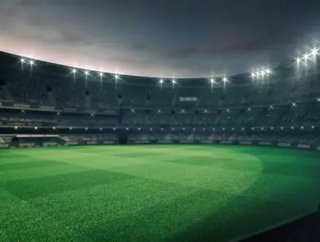 Business Chief takes a look at some of the leading clubs in Southeast Asian football.

Based at the PAT Stadium in Bangkok, Port FC was founded in 1967 and has become a highly successful team in Thai football.

Port FC have won the Kor Royal Cup eight times and the Queen’s Cup six times. Currently managed by Choketawee Promrut, the club is nicknamed 'The Port Lions’ and has been competing in Thai League 1 since 2017. The team has so far managed two third place finishes in the 2018 and 2019 tournaments. The club managed to score a record 61 points during the 2018 Thai League 1, the high-water mark for point scoring over the course of a single season.

Nicknamed ‘the dragons’, Ratchaburi Mitr Phol FC was founded in 2004 and has its home ground at the Mitr Phol Stadium in Ratchaburi, Thailand.

Earning promotion to Division One in 2011 following victory in the Central-East Division, the team won the 2012 championship and has stayed in the premier league of Thai football ever since. Currently coached by Nuengrutai Srathongvian, RMP FC moved to the Mitr Phol Stadium in 2016 following administrative difficulties at the club’s previous ground Ratchaburi Stadium.

Based at the Suphan Buri Provincial Stadium in Thailand, Suphanburi FC was founded in 1997 and is coached by Adebayo Gbadebo.

Starting strong in the 1999 Thailand Provincial League, the team succeeded in securing the runners-up position. Nicknamed the ‘war elephant’, the club is currently competing in the Thai League 1, but has yet to claim a national title. Suphanburi FC’s best results include second place in the 2012 Division 1 league and third during the 2015 Thai Premier League.

Known as ‘The Kirins’ or ‘The Twin Kirins’ - a chimerical creature from Southeast Asian myth - Muangthong United FC was founded in 1989 and is currently managed by Alexandre Gama.

With a healthy scoresheet throughout the club’s career, from its 2007 victory in Division 2 to its second place showing in the 2017 Thai League 1, Muangthong United has finished consistently in the top five ever since its ascension to the Premier League in 2009. The team is also renowned for being one of the richest in Thai football - the club’s current squad is estimated to be worth £7.09mn.

Based in Gianyar, Bali at the Kapten I Wayan Dipta Stadium, Bali United was originally founded under the name Putra Samarinda Football Club in 1989. Changing to its current name in 2015, the club is also nicknamed the ‘Tridatu warriors’.

Experiencing mixed fortunes throughout its early history, Bali United won the Premier Division in 2008-09, came second in the 2017 Liga 1 and claimed victory at the 2019 Liga 1, coached by Stefano Cugurra. One of the team’s mascots is Cebol, who is shaped like a Celuluk - a demonic creature from Indonesian folklore.

Founded in 1988 as Bangkok University FC (latterly Bangkok United FC from 2009 onwards), the residents of True Stadium in Pathum Thani have experienced highs and lows throughout the team’s history.

Winning the Premier League in 2006, the club was subsequently relegated to Division 1 only four years later. Having recovered the team’s position in the Premier League in 2013 (which then became Thai League 1 in 2017), Bangkok United has managed to finish third overall in 2017 and gained two runner-up positions in 2016 and 2018. The club is currently managed by Alexandré Pölking.

Founded in 1970 and based at the Chang Arena in Thailand, Buriram United FC are nicknamed the ‘thunder castles’ and managed by Božidar Bandović.

Founded in 1972 as PKENJ FC and then changing its name twice - first as Johor FC in 1996 and finally as Johor Darul Ta’zim FC in 2013 - JDT is currently managed by Luciano Figueroa and plays in the top division of Malaysian Football, the Malaysia Super League.

JDT’s home ground is the Sultan Ibrahim Larkin Stadium. The club first rose to prominence when it won the 2014 national league, followed by wins in the 2015 AFC Cup and Super League. JDT have made Malaysian football history by winning six consecutive Super League titles from 2014 to 2019 - no team had ever won more than twice consecutively in the 40 years since league football was introduced.

A club with a storied past, 2020 will be the team’s 92nd year since being founded. Persija is currently coached by Brazillian Sergio Farias and has its home ground in central Jakarta, the Gelora Bung Karno Stadium.