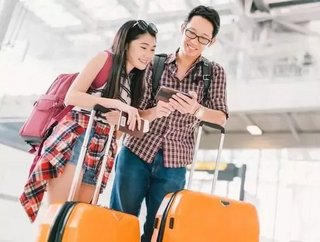 One of the most appealing things about an airline is its ability to offer cost-effective travel as well as superior customer service. If you’ve ever considered flying the Asian skies, having an insight into the best airlines in these categories can really assist with your planning. Here are the top 10…

A Taiwan-based airline, Eva Air serves US cities New York, Chicago, Dallas and Houston. Travelers can expect nothing but comfort and luxury regardless of where they sit, in addition to a smooth and effortless ride. In 2016, this was #8 on the Skytrax list and the company was credited for pioneering the “premium economy” cabin and duly recognized as the World’s Best Transpacific Airline.

Malaysia Airlines leads the Oneworld alliance, with over 114 international and 118 domestic routes across the Malay Peninsula. These flights have the highly-regarded Golden Club Class business suites, with economy seats noted as some of the largest in the world. This airline offers excellent amenities and stands by its reputation.

The national airline of Indonesia, Garuda has undergone a complete transformation, acquiring new aircrafts and international connections to the US and Europe. Garuda has a five-star rating from Skytrax and is makes the top five best regional airlines. Headquartered in Tangerang, near Jakarta, Garuda is named after the holy Hindu bird of the same name. In 2016, this was #11 on the Skytrax list and is known for extra comfortable seats, Southeast Asian cuisine and the ‘World’s Best Cabin Crew’.

This airline provides an exceptional flying experience, allowing customers to fly in style and comfort on every flight. It is the largest airline and flag carrier of South Korea based on fleet size, international destinations and international flights.

This airline is known for having one of the best economy classes in the world. With over 100 transpacific routes, Asiana uses only rainforest-friendly coffee beans and reduces its carbon footprint in the air. In 2007, by combining all of its environmental efforts, Asiana Airlines reduced emissions by 220,000 tons. It is the second major South Korean airline in the world, headquartered in Seoul. In 2016, it was #16 on the Skytrax list.

Thai Airways has modern technology and amenities that contribute to the best value in travel. Continuously expanding the fleet, it owns Airbus A350s, Boeing 787s and A380s. In 2016, this airline was #13 on the Skytrax list, lauded for its friendly crew, great dining options and for having the ‘World’s Best Airline Spa Facilities’.

Straight from the People’s Republic, Hainan Airlines is known for its “cherished experience” in the air. It was heralded for having China’s best staff service and the finest business class comforts and amenities in 2014. This airline is also the first Chinese carrier to offer nonstop connections from Beijing to Boston. In 2016, this was #12 on the Skytrax list and used to be the only Chinese airline to hold a five-star rating. Hainan is always praised for attentive service and quality business class accommodations.

Singapore Airlines sits at number three and is well deserved. With a four-tier, $570 million-dollar cabin service, you can expect nothing but the best in service and amenities. SA’s suites received the award for most premium seats in the world, and boast a breath-taking business class section. Travel in comfort throughout Asia or all over the world with this top carrier. In 2016, this was #3 on the Skytrax list and was named Best Airline in Asia and Best Business Class Airline Seat.

Tokyo’s flagship airline has the distinction of being the world’s second-best airline for first-class cabins. Full of private first-class suites, 180-degree business class flatbeds and a host of awards under its helm, this airline not only delivers, but exceeds expectations. In 2016, this was #5 on the Skytrax list for cleanliness, service and safety. It was also recognized for having the World’s Best Airport Services and Best Airlines Staff Service in Asia.

The leader in Asian air travel, this Hong-Kong carrier has a five-star rating. Serving more than five continents, this is the only airline that has the title of undertaking the first ever successful trans-polar flight route. With over 190 destinations, if you’re searching for a comfortable and luxurious ride, Cathay Pacific is it. In 2016, this was #4 on the Skytrax list for seat comfort, service quality and in-flight entertainment. It was also recognized for the World’s Best Airline Cabin Cleanliness and Best First-Class Airline Lounge.