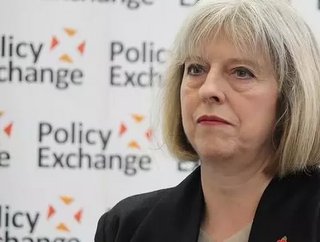 Here are four key things you need to know ahead of the visit:

As part of the three day visit May and Modi will be reviewing the India-UK strategic partnership – a large business deal that will see heightened cooperation between the two countries. India and the UK have a long history of business ties, stretching back hundreds of years.

In a statement, India’s Ministry of External Affairs announced: “She will hold talks with Prime Minister Modi and review all aspects of India-UK Strategic Partnership. The Joint Economic and Trade Committee meeting will be held on the sidelines of the visit.”

“This will be her first bilateral visit outside Europe” the Ministry said, which could indicate that, faced from cooling relations with Europe, the UK is looking to India as a strategic business partner. May’s international tour began when she visited Berlin and Paris earlier in the summer.

Prime Minister May and Modi will together inaugurate the India-UK Tech Summit, which will be held in New Delhi. The event is hosted by the Confederation of Indian Industry and India’s Department of Science and Technology.

The statement said: “The Summit will be an opportunity for the two sides to strengthen business to business engagement in the areas of technology, entrepreneurship and innovation, design, IPRs and higher education.”

Brexit will surely be a key topic of discussion between the two heads of state. One of the key rationalisations for the decision to leave the EU was increased trade outside of the EU which would put Britain on an increased international trade footing.

Speaking to the Conservative Party Conference, May said: “Countries including Canada, China, India, Mexico, Singapore and South Korea have already told us they would welcome talks on future free trade agreements. And we have already agreed to start scoping discussions on trade agreements with Australia and New Zealand.”