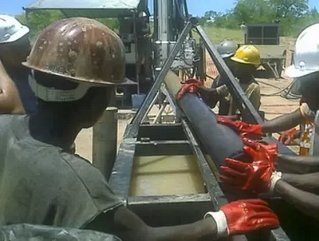 Rio Tinto is making its move to compulsorily take over the remaining shares of Riversdale Mining after India’s Tata Steel sold off its 26 per cent shareholding. Rio said it’s received an overwhelming amount of support from Riversdale shareholders regarding the acquisition.

As of Friday morning, Rio Tinto has acquired 99.74 per cent of all Riversdale shares through Rio Tinto Jersey Holdings, including Tata’s $1 billion stake Riversdale. Tata only made the decision Thursday night after it said it would hold onto its remaining shares.

“We have already started to integrate Rio Tinto's world-class operating and technical capability into the operations. We are determined to develop Riversdale's assets in a sustainable, mutually beneficial manner for the people of Mozambique,” Ritchie added.

As previously announced, Rio Tinto is seeking to have Riversdale de-listed from the Australian Securities Exchange after the Offer ended at 7:00 PM Sydney time on Friday.

Rio’s bid for Riversdale is an effort to get more involved with the Mozambique-focused miner’s coking coal market. “Riversdale had been planning to spend $US950 million ($903m) bringing the first stage of Benga into production in the second half of this year, producing 2 million tonnes of saleable coal, with a second stage in 2013 that would produce an extra 12 million tonnes. Riversdale has a second project called Zambeze which is expected to cost $US2.9bn and produce 15 million tonnes a year,” The Australian reported Friday.