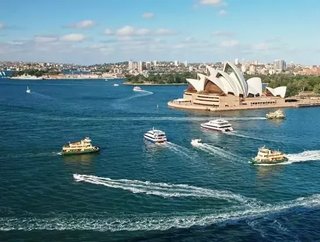 The first ever Sino-Australian Entrepreneurs Summit (SAES) will be held in Sydney on March 27th and 28th and is billed to attract big names from the respective countries.

Former Commonwealth Bank CEO David Murray, who will co-chair the event along with former Australian Prime Minister John Howard, said: “The economic mix in the Chinese economy is moving away from investment to consumption.

“We need to service that consumption demand in China, in the same way that we serviced China’s demand for commodities as it built up its investment.”

The conference will primarily focus on four key verticals which could be a sources for new business deals between Australia and China, consisting of agribusiness, healthcare, infrastructure, and technology.

The summit will attract around 80 high-level representatives from China’s business community with interests in doing business with Australia and 80 counterparts from Australia.

Chinese leaders include the chairman of the Yinhua Fund Management Company, Wang Zhulin, the chairman of the Sunshine Insurance Group, Zhang Weigong, the chairwoman of the New Hope agricultural company, Liu Chang, president of the Fosun Tourism and Commercial Group, Qian Jiannong, and the managing director of the China Equity Group, John Liu. These directors together represent companies worth well over $100 billion.

He said “The conference will be an opportunity for Australian companies to build direct contacts with Chinese counterparts and to discuss what sort of structures may be best to help meet the changing economic situation in China,” he said.

“The private sessions and the round tables at the conference will provide a good opportunity to explore these structures.”