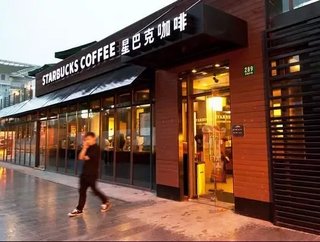 Launching in China nearly 20 years ago, Starbucks is now set to acquire its remaining 50% share of its East China business from long-term joint venture partners, Uni-President Enterprises Corporation and convenience store operator President Chain Store Corporation for $1.3 billion in cash. It is the largest acquisition in the company’s history.

With a presence in 130 Chinese cities and 2,800 stores, the deal will see Starbucks gaining full control of its 1,300 stores East China, alongside the other 1,500 under its umbrella, enabling it to expand further across Asia. The region is Starbucks’ fastest growing market outside of the United States, with nearly 40,000 partners.

Kevin Johnson, President and CEO of Starbucks explained: “Unifying the Starbucks business under a full company-operated structure in China, reinforces our commitment to the market and is a firm demonstration of our confidence in the current local leadership team as we aim to grow from 2,800 to more than 5,000 stores by 2021.

“Similar to our decision in 2011 to fully license our Hong Kong and Macau market operations, we are pleased to transition our business in the Taiwan market to our long-time partners Uni-President Enterprises Corporation and President Chain Store Corporation, both highly-recognized local operators, as we continue to grow in Taiwan. This is a critical next-step as we advance our multifaceted China growth strategy for long-term profitable growth in Asia.”

East China is a significant and strategic region for Starbucks in China, with Shanghai containing nearly 600 stores, the largest number of stores globally in any city that Starbucks is located.

As Starbucks’ coffee market continues to grow apace, its Teavana stores have not been as rewarding. The company has recently announced that it is set to close its stores in 379 locations due to underperformance. Over 3,000 employees will consequently have to apply for roles in the Starbucks’ other divisions. However, the company will still sell Teavana products in its stores.

The company has also seen significant growth with its digital services, with its Rewards membership up 8% year-over-year to 13.3 million active members.