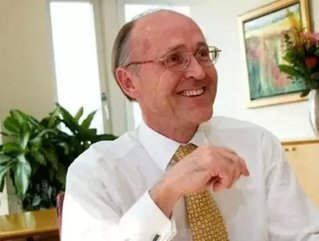 There’s been quite a bit of commotion surrounding the Australian mining industry in the last few years.

Between fears of a colossal resources taxes to the belief that the sector carried the nation through the global financial crisis, to rail access battles between industry heavyweights, the mining sector is one that draws quite a bit of conversation, debate and controversy. So, what can the world expect from the nation’s mining industry in coming months? Views from Australia’s biggest miners, Treasurer Wayne Swan and Commonwealth Bank CEO Ralph Norris share different views about the future.

BHP Billiton Chairman Jac Nasser believes that we should brace ourselves for falling commodity prices. Although Australia’s iron ore exports are forecast to increase at an annual average of 7 per cent and Chinese demand for raw materials will remain strong, the chairman of the world’s biggest miner and Australia’s biggest company foresees roadblocks ahead.

“In the short term, although many economies are recovering, the world remains in a fragile state with persistent levels of unemployment and threats of inflation,” Nasser said at the Melbourne Mining Club in early May. “For the medium term, we should be prepared for further downside as global monetary and fiscal tightening and economic restructuring takes hold.”

Despite the fiscal tightening, Nasser believes that Australia is vital to China and that the nation will reap major benefits for helping fuel their economic growth. “We’re in the right place, at the right time with the right resources,” he said.

Rio Tinto Chairman Jan du Plessis shared similar feelings about the future of commodity prices in early May. Du Plessis told The Australian he expected current record iron ore and copper prices to decrease, despite his company’s faith in continued strong demand from China and India.

“These record-high levels are probably not sustainable. We all accept that,” du Plessis said. “For certain, in the next number of years there will be volatility, but in the long run we are very confident that Chinese demand and Indian demand will be very strong.”

Du Plessis also said there had been nothing since February’s earnings report to douse Rio's outlook for the medium term, which was positive. “We’re cautiously confident that the medium-term outlook is good,” he said.

In the meantime, Rio Tinto will maintain a strong balance sheet to let it survive any instability in global markets, especially in light of the global financial crisis.

When the Federal Budget was released in May by Treasurer Wayne Swan, he promised he’d return Australia to a surplus by 2012-2013. How are we going to get there? The mining boom is one of the main factors.

Swan said, “Mining investment will rise to around 8 times the level preceding the boom to $76 billion in 2011-12, underpinned by the highest sustained terms of trade in 140 years.” That $76 billion is set to bring about a 16 per cent increase in business investment over the next year, offsetting a decline in company tax revenues as miners claim exorbitant deductions on new capital equipment.

While the government and industry both share optimistic uncertainty about the future, some of the country’s leading CEOs are suggesting that the surplus from the mining boom should be put it into a new sovereign wealth fund.

Commonwealth Bank chief executive Ralph Norris is one of them. In May, Norris said the wealth should be retained for the future, and not spent all at once now.

“At some point in time, this cycle is going to end and, to have something left from that and something that can act as a buffer going forward, is absolutely essential,” Norris said back in May.

Norris is among a group, including Reserve Bank governor Glenn Stevens, and  Business Council of Australia and Fairfax Media chairman Roger Corbett, that believes a fund be instituted to preserve some of the extra revenues from the current high resources prices.

No doubt that there are risks when there are changes in commodity cycles, and it appears that those in charge are preparing for the future.