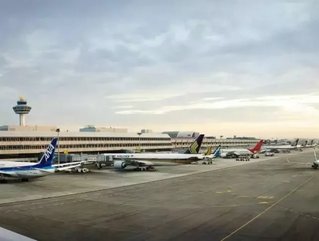 Singapore’s Changi Airport has achieved global renown for both its civilian and air cargo capabilities. It has won a number of regional and global awards in recognition of its air freight operations and is set to continue this trajectory with a number of exciting developments billed for the next few years. Responsible for this enviable position is the Changi Airport Group (CAG) which has consistently worked to ensure that the facility’s air freight is world class. Business Review Australia & Asia speaks to Hui Hoon Phau, CAG’s Assistant Vice President for Cargo & Logistics Development Division to learn more.

With links to 330 cities in 80 countries, and around 6,800 weekly flights, Changi Airport is one of the best connected in the world and is also the world’s sixth largest in terms of passenger volumes, according to Airports Council International. But it isn’t simply a case of being well connected. “Changi Airport Group continually reaches out to new airlines,” explains Hoon Phau, “And also supports existing carriers in their growth plans – increasing services or adding new city links. With each partner, CAG adopts a customised approach to helping them grow and expand their operations here.”

The 26-hectare ALPS site provides third-party logistics companies (3PLs) the unique opportunity to establish their regional footprint in a designated Free Trade Zone (FTZ) which enables them to make significant savings on tariffs and other duties they may be subject to at other airports in the region. With over 230,000 square metres of dedicated warehousing, the Park hosts a number of world-class 3PLs (including some from our list) such as DHL, UPS. Nippon Express, and DB Schenker, as well as many others.

Supporting its air freight infrastructure are a number of facilities that cater to the varying and often highly specialised needs of international air cargo.  These include two cold chain facilities – coolport (operated by SATS) and the dnata Cool Chain Facility. Companies have the ability to process, store, and ship perishable goods in as little as two hours– in line with a long list of international standards and accreditations.

Catering to the global trade in rare art and antiques, the Singapore Freeport facility enables shippers to store such high value items in a secure, state-of-the-art location - one of a very small number globally to be located in a FTZ. Since 2012 the airport has also hosted the FedEx Express South Pacific Regional Hub – a 26,000 square metre facility that can sort as many as 12,000 packages per hour.

“SATS will be the first ground handler in the world to own such an air-side facility, with automated processes for single scanning and sorting to save cargo processing time and increase efficiency.”

In order to support the airport’s cargo and logistics growth in the long term, CAG is looking to further develop a number of dedicated facilities for airfreight and air express services as well as maintenance, repair and overhaul activities. The 1,080 hectare Changi East development is billed for completion in the second half of the 2020s and will involve the building of a new mega terminal (Terminal 5), the extension of the third runway for civilian use, and the development of industrial facilities, infrastructure, and transport links.

“This development will secure the long-term growth of Singapore’s cargo and logistics sectors, and strengthen Changi Airport’s position as a major air hub,” Hoon Phau adds.

The next decade of air cargo innovation at Changi is sure to be a story that many can learn from. Having backed up extensive air cargo infrastructure with an inclusive, proactive business model, it is little wonder why Singapore’s Changi airport is host to an almost completely unmatched roster of international 3PLs and is set to lead the world for the foreseeable future.