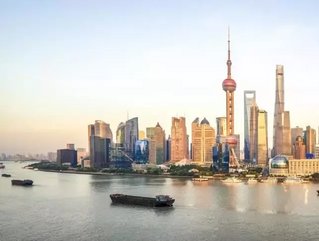 Businesses controlled by the municipal government of Shanghai (SOEs) have agreed to invest over $120bn annually over the next five years in local industry.

The industries will mainly be hi-tech manufacturing but investment will also go into infrastructure projects and the service industry in the city.

It is hoped that this will help Shanghai regain its status as an economic hub.

At a press conference on Thursday, Jin Xingming, director of the SOE Assets Supervision and Administration Commission said that SOES would become “the main force behind technological advances as Shanghai strives to become a global innovation hub.”

He added: “The commission let the companies use one third of their net incomes to invest in innovation… the funds will lead to follow-up investments in the future and result in more capital inflows from the investing public.”

The investment will come from around 12,000 SOEs overseen by the Shanghai government. Examples include SAIC Motor and Shanghai Shendi Group, the Chinese partner of Shanghai Disneyland.

In Shanghai, the economy is currently worth $400bn and a large part of this remains controlled by the state. SOEs are acquiring stakes in private companies where the government feels this will be strategically beneficial.

The Communist Party is furthering reforms of the state sector and hopes to reduce inefficiency while investing private capital into state enterprises.