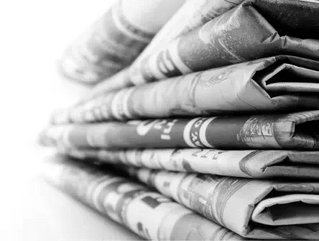 In a bid to prove print isn’t as dead as everyone says, Publisher Morry Schwartz began circulation of his once-a-week newspaper, Saturday Paper, 1 March. The weekly issue will have a website and a mobile app, but Schwartz, a print and newspaper enthusiast, is banking on an opening he sees in the media business, which he believes is currently in crisis.

Schwartz is also the publisher of the Monthly, a magazine of essays and long-form journalism. Black Inc., his Melbourne-based liberal independent publishing company, is committed to providing intelligent copy for the committed reader. With the decline of big publishers, there are less and less print venues for these readers from which to get their news. Each issue of Saturday Paper will be approximately 30,000 words of “serious, polished writing on politics and culture,” and will be distributed in Sydney, Melbourne and Canberra, with hopes of larger distribution once the weekly gets its footing. The newspaper already has 20 freelancers and four full-time journalists, an impressive start for a product in a supposedly dying craft.

The editor, 25-year old Erik Jenson, has taken many by surprise. A former Fairfax journalist with no university education, Jenson appealed to Schwartz for the editor position at Monthly in 2012. After they met, and spent hours discussing their love for newspapers, they decided to create their own. Jenson has been writing since his teens, and was hired directly out of school to work as a journalist.

Although there were some subscription distribution errors with the first issue, feedback on the Saturday Paper has been largely positive. Many took to Twitter to either vent their frustrations with not getting their issue, or to applaud the fledgling newspaper’s first effort. Although most current newspapers are fighting to figure out how to stay profitable in the current digital world of news, Schwartz is convinced Saturday Paper will be in the black within 12 months.

No one knows how the paper will fare, but both Schwartz and Jenson are confident.