Rupert Murdoch Fights On as CEO of News Corp. 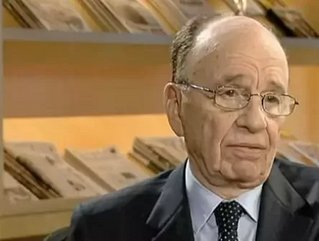 Despite enduring some of the most difficult weeks of his professional career, News Corp. Chairman and CEO Rupert Murdoch isn’t going anywhere and if financial results have anything to do with it, neither is News Corp.

The media conglomerate has undergone intense public and government scrutiny since the British phone hacking scandal plagued the company just a month ago, but Wednesday night, News Corp. declared a 9.5 cent dividend for the six months, from a previous 7.5 cents. Chief Operating Officer Chase Carey said the company also plans to issue stock buybacks beyond the original $5 billion repurchase plan announced in July.

It was at the time of the fourth-quarter results announcement that 80-year-old Rupert Murdoch said he would hand over his role as CEO to Chase Carey, rather than his son James Murdoch, who is at the centre of the News of the World scandal. "The board and I believe I should continue in my current role as chairman and chief executive, but make no mistake, Chase Carey and I run this company as a team and the strength of that partnership is reflected in our improved results," Murdoch said. "I'm personally determined to put things right when it comes to the News of the World."

Murdoch was quick to say that the succession wasn’t happening anytime soon. "I hope the job won't be open in the near future," he teased. "Chase is my partner. If anything happened to me I'm sure he'd get it immediately if I went under a bus. But Chase and I have full confidence in James."

News Corporation’s profit increase was propelled by strong results from the cable, film and TV sectors, which contributed to US$1.4 billion operating income.