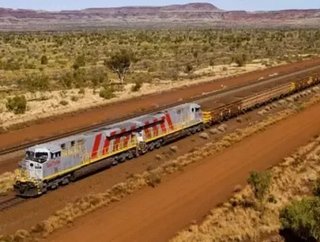 The Federal Court handed down a decision Thursday that blocks Fortescue and other miners from having access to Rio Tinto’s Pilbara railways.

Rio Tinto CEO Iron Ore and Australia Sam Walsh said, “We are very pleased that, as a result of today's decision, the damaging effects that such access would have on rail flexibility and efficiency, and on expansions and innovation, can be avoided. We are pleased that we can continue with our current project to increase the capacity of our integrated network by half as much again over the next four years.”

Both the Court and the Australian Competition Tribunal deemed that the potential disruption and diseconomy costs would dwarf whatever benefits might exist in mandating third party access on Rio Tinto’s network.

“Rio Tinto remains steadfastly of the view that our integrated operations would be severely impacted if third parties were permitted to run trains on our rail network, and is extremely pleased that as a result of this decision no part of our network is declared,” the company said in a statement Thursday.

The court also ruled that the tribunal's July 2010 decision to declare Rio's Robe River railway line open to access should be set aside.

This marks what could be the end of Fortescue CEO Andrew Forrest’s seven-year campaign to get his iron ore trains on the other miners' railway lines in the Pilbara. While his trains no longer rely on BHP Billiton or Rio Tinto lines, this is certainly a setback for Forrest’s efforts to gain a larger share of the iron ore pie in the Pilbara.