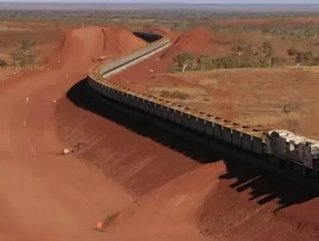 Junior iron ore miner BC Iron has decided not to proceed with the proposed $345 million takeover by Regent Pacific, citing that the offer is not fair, not reasonable and not in the best interest of its shareholders.

While BC Iron initially indicated in January that Hong Kong-based Regent Pacific's offer of $3.30 a share was good value, that view has been reversed based on an analysis by auditing firm KPMG. As a result, Regent Pacific terminated its offer.

Perhaps those strategic opportunities include a more lucrative takeover offer from Ukrainian billionaire Gennadiy Bogolyubov. Over the past four weeks, Bogolyubov has increased his stake in Perth-based BC Iron to a dominant 22 per cent. “Speculation that Mr Bogolyubov was opposed to the Regent Pacific takeover triggered a series of events in March and April that culminated in the termination of the scheme yesterday,” The Sydney Morning Herald reported.

Since the Scheme of Arrangement was signed with Regent Pacific in January, BC Iron has continued to advance the Nullagine Iron Ore Joint Venture (NIOJV) through the final construction stages and into production including the export and sale of iron ore. It has also shipped its first ore from the NIOJV for export to China, marking the first time an Australian iron ore miner transported iron ore on a third party’s rail infrastructure in the Pilbara.